Democracy as a form of government is quite a young concept in many cultures and climes. Except for a few cultures in Africa like the Igbos and in Europe like the Athenians, most other ancient cultures primarily practiced monarchy. In our time however monarchy is all but dead, at least for most intents and purposes.

Except in a few cases like Saudi Arabia, and UAE, most other monarchs have lost majority or all of their powers. Some of them are just ceremonial heads like in the case of Queen Elizabeth II of England. In Nigeria the case for monarchy is worse.

First their powers were abolished in 1963, and then now they are paid by the government, reducing them in my opinion to government employees. Two emperors who ruled over large realms and were disposed in the last century were the Shah of Iran and Czar of Russia.

This article is about Nigerian monarchs, the richest ones among them. Although they’ve have lost the “formal” powers they have, a lot of them still wield great influence among their subjects. In addition, sometimes these powers go beyond political divides. The King of Adamawa for example whose palace is in Nigeria but has a larger part of his kingdom in Cameroun. These are the richest kings in Nigeria now. 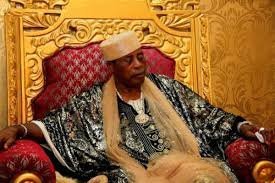 If you are not familiar with this title, you might think it belongs to a king from the south south. And then when you see the name, you are not so sure anymore.  Ugbo kingdom is situated in Ilaje LGA in Ondo state, Nigeria. Though the town is small, nevertheless it is rich in oil. And it is in the crude oil business that this king made his fortune. Oba Fredrick Obateru is the second richest king in Africa according to Forbes ranking. He ascended the throne in 2009, after the previous king was ousted following a lawsuit.  Oba Akinruntan is the Chairman and founder of Obat oil, which he started over 35 years ago. He is the richest King in Nigeria. And coming behind him in wealth is a great Yoruba king. 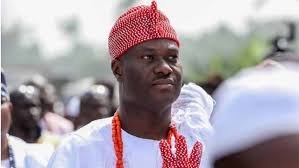 According to Yoruba tradition, the Ooni of Ife is the king of kings, I mean king above every other Yoruba king. Ife according to Yoruba mythology is the cradle of the Yoruba race, and from Ife the Yoruba race spread to other parts of Yoruba land. Therefore who every rules at Ife, rules all other Yorubas. And the other kings are in a way, caretakers of those other lands for the Ooni. He is an astute entrepreneur and an accountant. He financed the planting of 1million Cocoa trees as a source of employment to youths and widows in the state. He is the 51st Ooni of Ife, and he succeeded Oba Okunade Sijuwade who died in 2015. This seat is not exactly hereditary; his father wasn’t the last Ooni as you can see from the name. There are four Royal families in Ife, and kingship is rotated between these families. The males who indicate interest from these families go through a rigorous selection process. 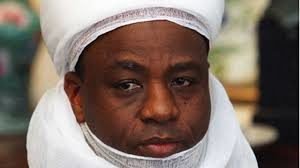 He is what some religions and culture would call priest-king or sacred king as found in Agu-leri, an ancient Kingdom in Anambra state.  So the Sultan of Sokoto is not just a monarch but he is also the spiritual head of the Muslim society in Nigeria. As we know, Islam is not just a religion it is also a culture. He is the head for the Society for the support of Islam. And is also the leader of other Islamic society in Nigeria. The Sultan wields a lot of power in Northern Nigeria, and his subjects are very loyal to him. 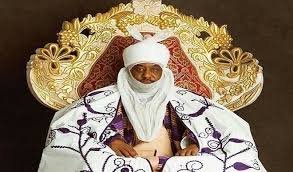 He was born Sanusi Lamido Sanusi was the governor of CBN, until he was suspended by former president Goodluck Jonathan. When he was suspended little did we know he had royal blood running in his veins, talk more of envisaging him becoming an Emir. Mallam Sanusi was a banker and an Islamic scholar. He is a direct descendant of the 11th Emir of Kano, who was also his grandfather. Sanusi loves exotic cars and he has a Bentley in his garage. He is considered the fourth richest king in Nigeria. He became Emir in 2014, after the death of his grand uncle, Ado Bayero, the former Emir of Kano. 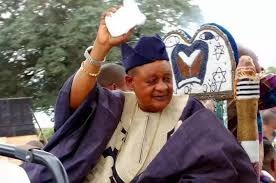 The Oyo Empire was one of the biggest and strongest empires in South West Nigeria. There has been a battle of Supremacy and a quiet fued between the Alaafin and Ooni for 8 decades. Recently though it was ended when the Ooni of Ife visit the Alaafin of Oyo during his 45th year reign celebration. He is said to be the third most influential king in Nigeria at the moment. The reason is not hard to imagine, as not only is he rich, but his throne is one of the most influential in Yoruba lands.

These are the richest Kings in Nigeria at the moment, although lacking formal powers, they are still kingmakers in their own right. They have the influence to sway elections for or against any political candidate. Even if they receive their staff of office from the governor, the very influential ones can see a governor loose an election if he doesn’t “behave”.