Rihanna calls President Trump the ‘most mentally ill human being in America’ during her conversation with Vogue.

Rihanna  graced the cover of the November edition of Vogue and she spoke about President Trump amongst other things. 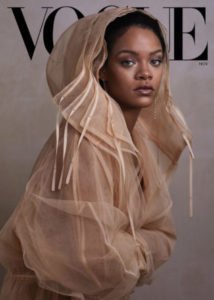 Talking about the 2 mass shootings that happened back in August in El Paso, Texas, and Dayton, Ohio, Rihanna disclosed she wasn’t pleased about the response of the president of USA.

“The fact that it’s classified as something different because of the color of their skin? It’s a slap in the face. It’s completely racist,” .

“Put an Arab man with that same weapon in that same Walmart and there is no way that Trump would sit there and address it publicly as a mental health problem.

“The most mentally ill human being in America right now seems to be the president.”

After Announcing His “Death”, SkyB Reveals It’s A Rumour

‘If I Were An African President, I Will Ban Importation Of Human Hair’ – Reno Omokri