— Ruggedman receives threats from someone in South Africa hours after he was attacked in London.

— This is reportedly from a Naira Marley fan.

Ruggedman earlier reported that he was attacked in London by 4 boys, probably as a retaliation for speaking against Naira Marley before he was arrested on May 10.

In the video, he was seen trying to protect himself as some boys tried to hit him with chairs and objects.

Another threat at the rapper from a Naira Marley fan surfaced online as the person threatened he will be dealt with if he stepped foot in South Africa.

“See as life nearly kill you. Come southy make u come collect the end of you life. He sure for me,” the Instagram user wrote. 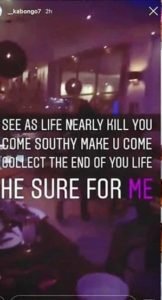 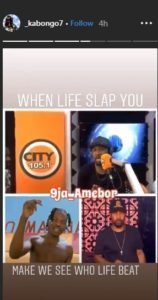 I used to dance at burials and market places – MC Galaxy

We want our daddy, Prophet Bushiri supporters march for his release