Nigerian singer and producer, Samklef has called out YCee, Simi and Yemi Alade claiming they allowed “fame enter their heads.”

Samklef made a series of tweets attacking the 3 artistes.

He wrote about YCee;

“Ycee wey start yesterday 2 that year I reach out to am my no even respond. But this life sha.” 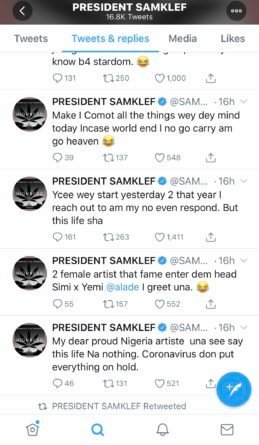 About Yemi Alade; he wrote;

“So one day I dey South Africa with my guy Lekan I come see Yemi Alade come greet her. Omo u need to see the way she do. I just go unfollow her straight. pikin wey I know b4 stardom. ?” 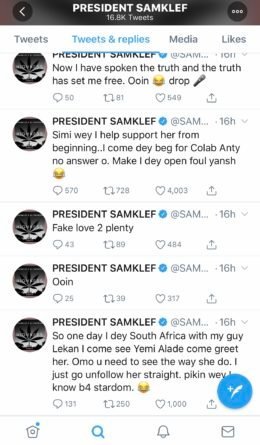 He also claimed that Simi refused to collaborate with him and wrote about how he supported her in the beginning. 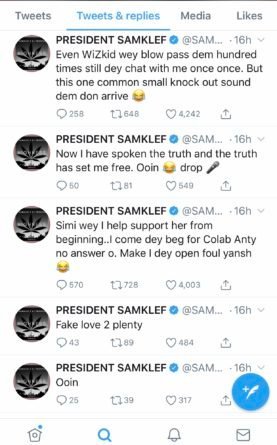 ‘You Are The Reason I Write The Best Love Songs’ – Adekunle Gold Celebrates Wife, Simi On Her 32nd Birthday

Singer Lami Phillips Returns To School To Get A Fourth Degree