Samsung seems to have won the battle of phones and tilt phone users towards the use of Android and away from Apple’s iOS with its release of its Samsung Galaxy S10, 10e, 10plus and Fold phones

You didn’t think it would turn out that way? I didn’t think so either. Huawei and Samsung have both given Apple a run for their money with Huawei releasing its all-mighty P20 Pro and laying claims to the fact that their all new processor was better and pretty much powerful than Samsung’s and Apple’s which was indeed true.

Well, not until the release of the Samsung S10.

The Samsung Galaxy S10, S10+ and S10e will be made available for preorder on the 20th of February with shipping not coming any earlier than the 8th of March. 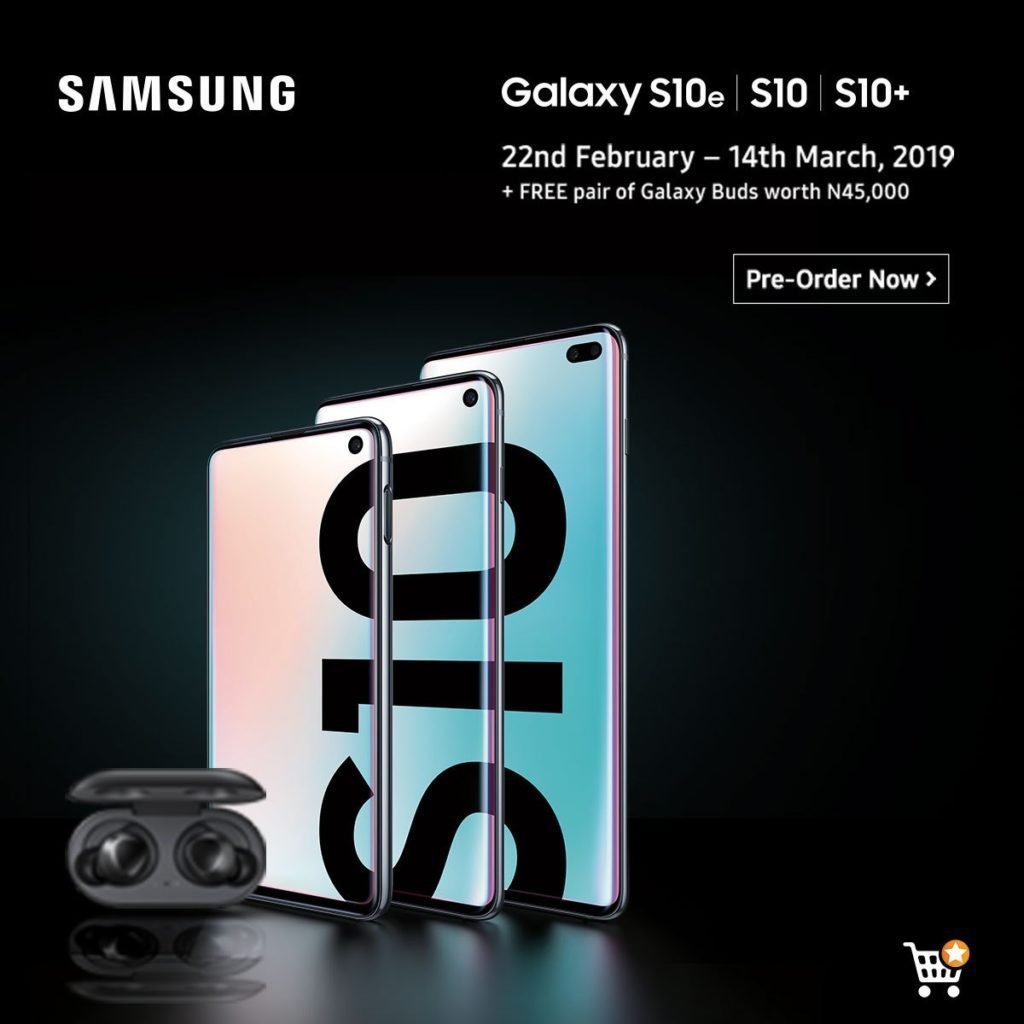 You didn’t take a good look, did you? Scroll up once more and take another. This device is the perfect blend of power, elegance and a perfect wrap to the 10-years anniversary of Samsung storied S-series.

What really is this perfection all about? It boasts an edge-to-edge screen with teeny-weeny bezels and an Infinity-O display that cuts a small hole for its front-facing camera running on the Android 9 pie operating system and as much as 128GB+ storage.

It also comes along with a wireless charging technology (Power Share) which gives it the ability to charge other phones. We’re not done yet.

The S10 fits in it an in-screen fingerprint sensor which makes use of sound waves and a triple lens camera –compared to its old setup – to take ultra-wide sharp photos, not forgetting the Snapdragon 855 chipset.

Specs of each Samsung 10 model

This is Samsung’s hybrid foldable phone where it doubles as both a phone and a tablet. It is made up of two screens: a 4.6 inch as a phone and 7.6-inch screen as a tablet. It comes along with it six cameras, three at the rear, two front cameras and one cover camera. Price of S10 in Nigeria

The Galaxy S10e will cost in the neighbourhood of 228750 naira

iPhone 11 Design Is Causing Trypophobia Trigger For Some