It started when Nicola Siyo called out Ubi Franklin on social media disclosing that the music executive has not seen his son before.

Read More>>> Ubi Franklin Reacts To Claims He Is An ‘Absent Dad’ To His Son, Shiloh

Sandra Iheuwa defended Ubi Franklin saying he at least sends her money for his upkeep and claimed the xenophobic attacks in South Africa delayed him from visiting his son.

She has also claimed that Nicola Siyo called out Ubi Franklin because she thought she (Sandra) was dating him.

”All this started because she thinks Ubi and I ate dating…and that’s what is causing all these madness. That’s just the honest truth. She didn’t have any problem until now. If I post receipt, this internet will break.” 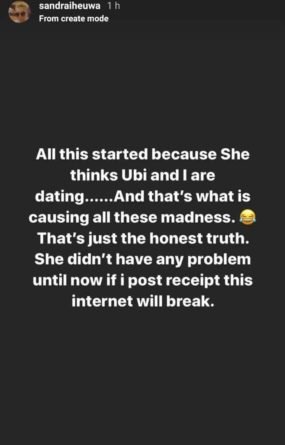 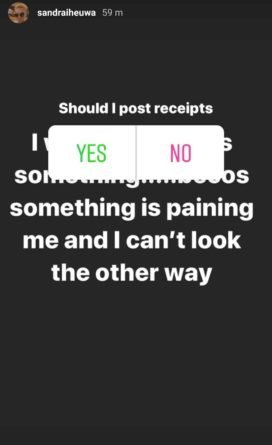 “Who Are Those?” – Brymo Shades Wizkid, Burna Boy and Davido