Sandra Ikeji tied the knot in style with a bridal train of 200 bridesmaids! 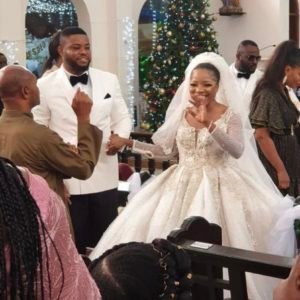 The event planner and sister of popular blogger, Linda Ikeji announced earlier before her wedding day that she’s set to break the Guinness Book of Record for the most bridesmaids to one bride.

“@landmark_centre is about to be part of history in 2 days..200 bridesmaids at #thesbond wedding , It’s Just an attempt, wish me luck guys,” she announced her intention on her Instagram page. 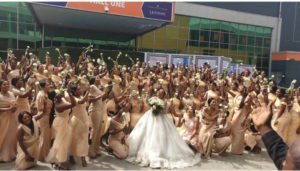 It was also reported by some people that some of the bridesmaids were hired and paid for the event.

Sandra and her husband, Arinze had their traditional wedding in December, 2019. 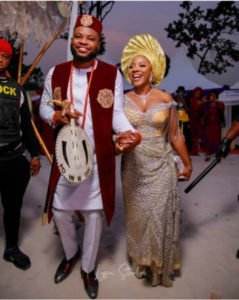 Dakore Refutes Claims That Her Marriage Has Crashed

No Kissing The Bride As Sri Lanka Lifts Weddings Ban