Senator Dino Melaye has reacted to the rumours that he is secretly engaged to actress Iyabo Ojo and they are set to marry.

We reported earlier that a popular Instagram blogger claimed that the two had secretly engaged and about to wed.

Reacting to the rumours, the senator explained that the rumours are untrue and he would not engage someone secretly as he’s not a criminal. He pointed out that the the information was just a publicity stunt on the blogger’s part. 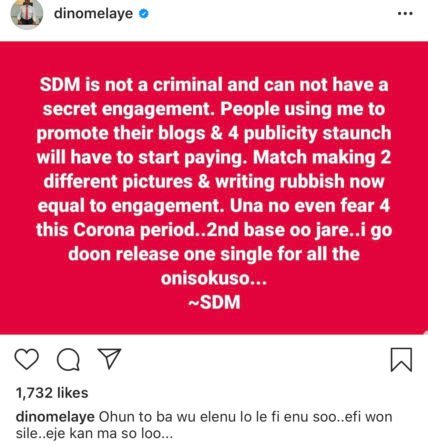 Iyabo Ojo on the other hand made a TikTok video cursing people who write false information and news about her.