Nigerian Gospel singer, Patience Akpabio has taken to Facebook to share her thoughts about having sex in the dark.

According to her, children “produced in the dark have a different view about that the world than those produced in light.”

The Gospel singer advised people to light up their bedrooms to their would be “positive energy” in this world.

“No more having sex in the dark with your husband. This is 2020, turn the lights on. Children produced in darkness have a different view of the world than those produced in light. Let us light up our world in the bedroom so we can have transparency and positive energy in this world.” 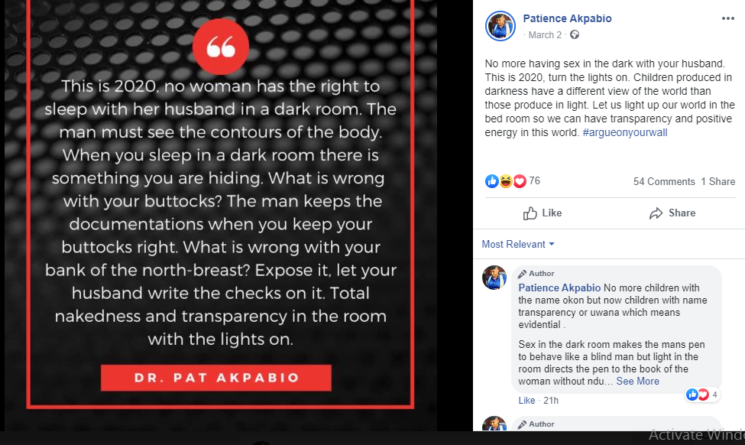 In another post concerning the matter, Patience Akpabio wrote;


“The word boyfriend does not mean sex but a relationship that helps develop the mind powers between the two people involved for future progress. But almost everyone believe the concept of boyfriend to involve sex, sex is for married couples.

“Boyfriend means engage a virgin but if her character is not good with you drop her no settlement because there was no sex.
Read 1 Corth 7:35-38.” 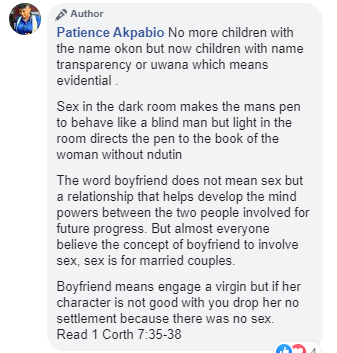