Nigeria as a country has so many stories that have been told about her and there are still many being told. We have many sad stories true but yet we have an abundance of success stories, facts, findings and many great contributions by Nigerians and from within Nigeria. In this piece we would be bringing some amazing facts about Africa’s giant nation. 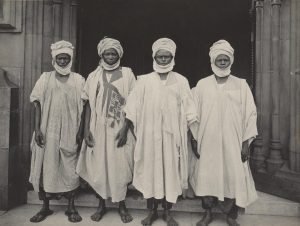 At independence we were made to understand that Nigeria was a configuration of 3 major ethnic groups; Igbo, Hausa and Yoruba. The Igbos are located in the South-Eastern part, the Hausas in the North (occupy the largest land mass) and the Yorubas in the South-Western part of the country. In the midst of these 3 major tribes, we have well over 250 ethnic groups and about 400 languages across them. This alone has been a major issue in trying to find workable structure for governance in the country. The federalism we practice today is still seen as marginalized for some particular groups and the agitation is unending.

The name Nigeria was derived from the River Niger which happens to be the longest river in West Africa. The river spans a distance of 2600 miles (4180 km) from the Highlands of Guinea in South-Eastern Guinea. The river follows its course through Niger, Mali, the border of Benin into Nigeria and then empties into the Atlantic Ocean through the Gulf of Guinea in a place called the Niger Delta.

Based on archaeological sites and discoveries, Nigeria’s human existence dates back to year 9000BC. Nigeria’s earliest civilization was the Nok Civilization which took place around 500 BC to 200 AD.

#4 The Giant in Our Size

Nigeria has the reputation being known as the giant of Africa and much of this name comes from our estimated population of over 170 million people which places her as the most populous black nation on earth. This has placed us as the 8th most populated nation on earth and this also means that for every seven African one is a Nigerian. The oldest boat in Africa, the Dufuna canoe was discovered in Dufuna, Kebbi state, Nigeria by a Fulani herdsman in May 1987 while digging a well. Various tests conducted in reputable universities in European and American universities showed the boat was over 8000 years old making it the oldest in Africa and the third oldest in the world. This discovery alone had a lot to say about the nature of marine technology that was developed in Africa.

The Yoruba tribe is reputed to have the highest rate of twin births in the world. A town known as Igbo-Ora in Oyo state was named the twin capital because of the rate of twin births which was put at 158 twins per 1000 births. It is reported too that one in every family in the town has at least one twin.

This was the ruler of the Great Kebbi reputed to be the only ruler that resisted the conquest of Songhai, West Africa’s greatest empire at that time. He is known for founding the Hausa-city of Kebbi and also built its capital Surame which was impossible to conquer during the war. The city was also planned properly. The city is also listed by UNESCO as one of the wonders of human history, creativity and ingenuity and maybe the most massive stone-walled construction in West Africa. Sarki Muhammed Kanta is also listed in Robin Walker’s 50 greatest Africans.

Based on a finding by World Resources Institute, Nigeria 4,715 different types of plant species and 550 species of breeding birds and mammals and this placed her as one of the most vibrant ecological places on the planet.

The Walls of Benin that existed between 800-1400 AD in present day Edo State is the longest ancient earthworks in the world and is believed to be the largest man-made structure on earth. The land area spans about 6500 square kilometers of community land that connects about 500 communities. It spans 16000 km in length.

#10 The Much Acclaimed 3RD Mainland Bridge 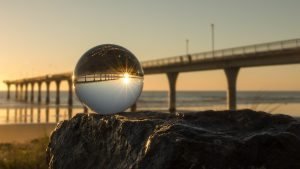 The 3rd mainland bridge is known for long traffic of cars especially for people moving from the Lagos Island into the mainland side of Lagos. Interestingly it is the longest bridge in Africa with a total distance spanning 11.8 km. the bridge was constructed by Julius Berger Nigeria Plc and commissioned by President Ibrahim Babangida in 1990.

Got any thoughts on facts about Nigeria? Why not share in the comments section!