Some persons give false information about themselves unintentionally, No doubt. But others intentionally fall into the trap of lying. Maybe to look more refined or sophisticated? Who knows? Also, some folks say, we have the white lie; others say all lies are not the same. Be that as it may, I believe there are no segregation to lies from whatever angle you decide to look from. The Big Fat Lie is an upcoming Nollywood movie that tells the story of James and his celebrity crush.

Check These Current Movies out

The Storyline of  The Big Fat Lie

James is mistaken for a captain the moment he runs into his celebrity crush; Eni. Although it was an honest misconception from Eni’s part, he decides to play along and tag himself to be the captain he never was.

The Cast of This Movie

Where to Watch The Big Fat Lie 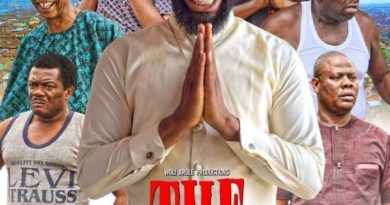 Giant Little Ones – A Movie on Self-realization