Finally, he became just like any other manager. Kimpembe and Mbappe (love how that flowed) put paid to any illusion about the magic Ole Gunnar Solskjaer was weaving at Manchester United. On top of all that, he’s going to be without 2 players who were weaving the magic for him; Martial and Lingard.

Both players will be out for a maximum of 3 weeks; which sees them likely to miss tonight’s game against Chelsea in the FA Cup and Liverpool in the league this coming week. There’s also the small matter of facing PSG again in the 2nd leg of the Knockout round of the UEFA Champions League. What a time for the Norwegian.

But this is where good managers can prove themselves. The loss of key players in a team will always cast doubts (both internally and externally) over its ability to win games. Martial and Lingard provide what most players don’t at United; speed and dynamism. Once they walked off the pitch against PSG, the French team smelt blood instantly.

Good managers choose periods like this to show their true credentials. At Real Madrid, Zidane found it really tough once his best players failed to find their consistency in the league. When the likes of Bale and Marcelo were absent, the team struggled. It got worse whenever Ramos received his customary red cards. Madrid struggled so much. Even with European glory, Zidane’s deficiencies as a coach were exposed.

But take a look at Klopp. In his final season at Dortmund, the team was down to bare bones; with injuries cutting the squad by more than half. At a point, they were battling relegation. Guess what happened by the end of the season: the team finished in the top 7 and got to the final of the German Cup. They even qualified for Europe. In my opinion, that was a bigger achievement that any of the titles he won in Germany.

So how does Solskjaer handle this? Well, for starters, he can look at the other options with him. Mata and Lukaku will be chumping at the chance to be involved. Both have seen very little action since December and will be keen to step up and be counted. You can imagine a front two of Lukaku and Rashford, with Mata playing behind them. Not bad, because both can move into the channels while Mata can cause havoc in a free role. Could it work? Maybe…maybe not. 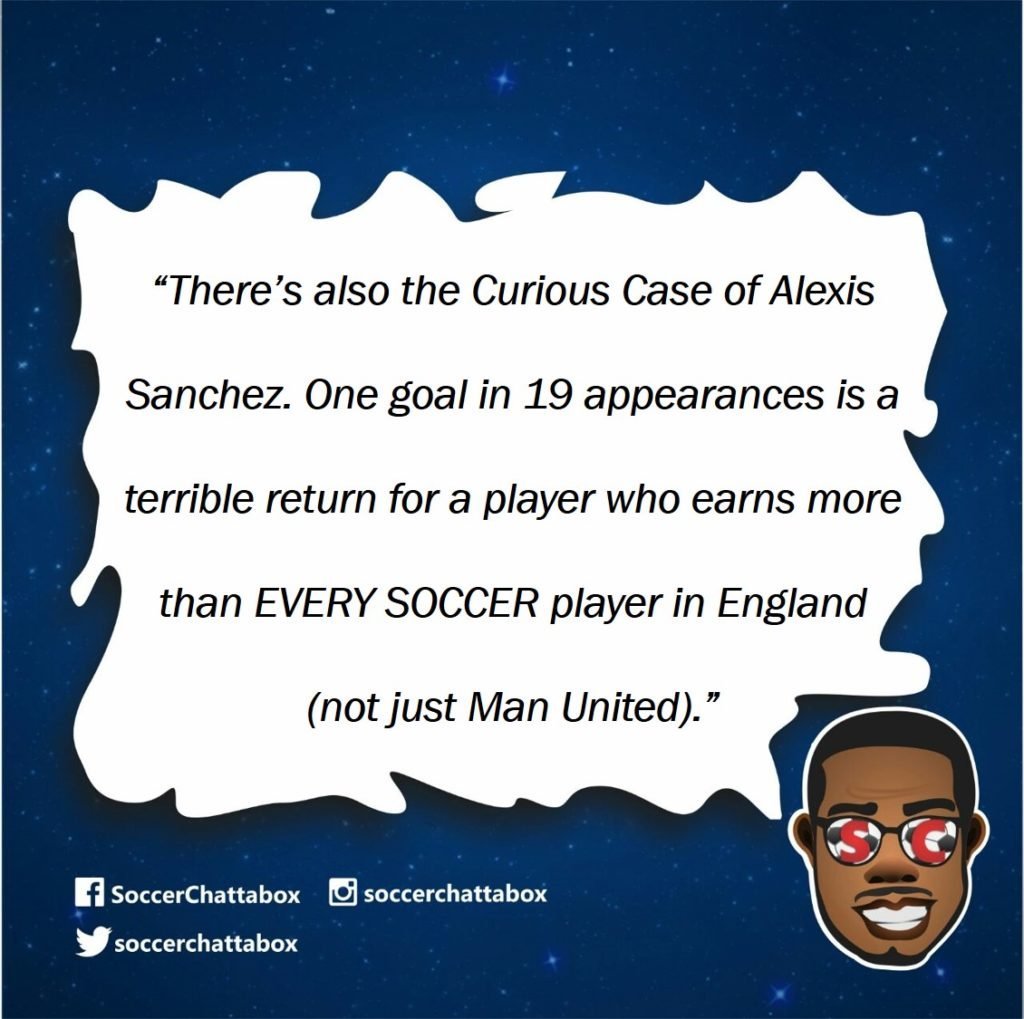 Youngsters Tahith Chong and Angel Gomes have been drafted into the first-team picture. They will offer options but they’re not Martial and Lingard. There’s also the Curious Case of Alexis Sanchez. One goal in 19 appearances is a terrible return for a player who earns more than EVERY SOCCER player in England (not just Man United). How he steps up to the plate will be interesting because he hasn’t looked half the player that was signed last January. The coach has tried to be supportive but Alexis presents a real test of Solskjaer’s skills as a coach. If he gets the Chilean performing again, he would truly deserve the job full-time.

Thomas Tuchel was without his best player (Neymar) and top striker (Cavani) when he visited Old Trafford last week. By the end of the night, no one noticed. The tweaks he implemented in his team worked perfectly; justifying why he’s the one in charge of that expensive team. The chance for Solskjaer to do the same comes around tonight when he faces Chelsea in the FA cup. The Blues are no small fry and Sarri will have his team up for the occasion because, like PSG, they can smell blood. Plus, Chelsea have lots to prove, starting with tonight’s game.

Good managers find solutions in the tough periods, let’s hope Solskjaer can find his in the coming weeks.

Matip Back In Contention For Clash With Manchester United