It was earlier reported by some news media that Tonto Dikeh now has full custody of her son with her ex-husband, Olakunle Churchill.

Contrary to that report, Olakunle Churchil has now come up to deny such report, tagging it as fake news.

The statement by Churchill’s lawyers stated that even though, Tonto Dikeh has custody of the child, he pays child support and was given unrestricted access to his child.

He clarified the report through his lawyers, Ace Solicitors. He said Tonto Dikeh was not given full custody of King Andre and that Tonto DIkeh was behind the fake news.

Read his lawyers’ statement below: 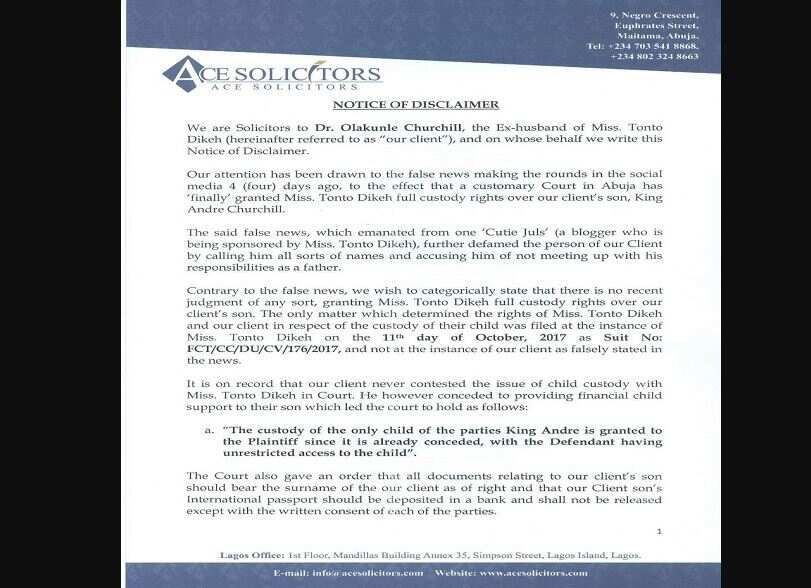 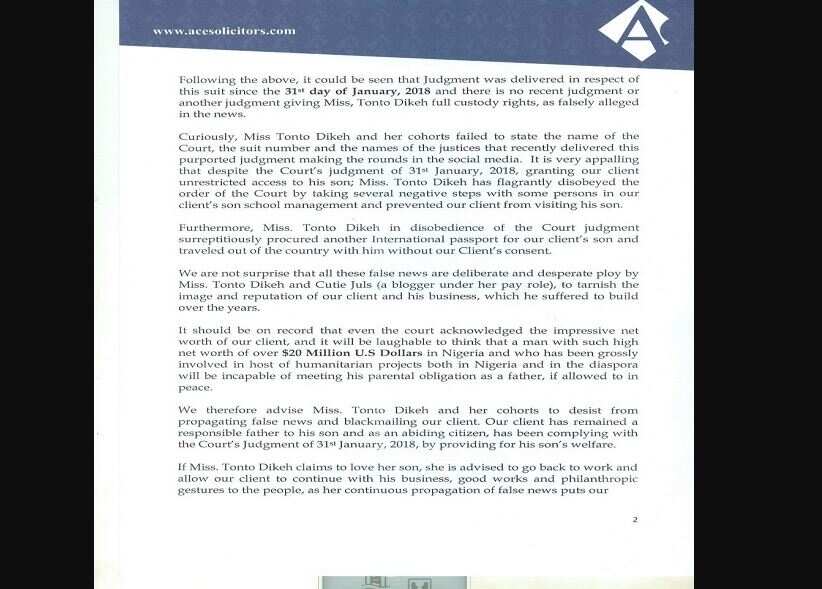 Tonto Dikeh and Olakunle Churchill have been involved in an unending media drama over the custody of the child. Ever since then, they have been in a legal battle over the custody of King Andre. King Andre’s father, Olakunle has always insinuated by his posts on social media that he is constantly being denied access to his son.

Nigerians raise over N1.6M for Josephine Ugwu, Airport Cleaner who returned over N30M