Lagos is one of the most expensive cities to live in Nigeria. In recent years, property and cost of living have risen enormously. The developments of high-priced estates have also been on the increase in some parts of the city.

Residents in Lagos state have an option of either living in Lagos Island or the mainland. While most people will prefer Lagos Island due to its high-life status, beauty, and economic opportunities, there are still some classy areas on the Lagos mainland which can measure up to the high standard of living on the Island.

Here are the top ten most expensive places to live in Lagos! Eko Atlantic is the newest Megacity in Lagos situated on a piece of land on the Atlantic Ocean overlooking the former beach front of the Bar Beach. Adjacent to Victoria Island, the city boasts of high-end luxury apartments with a state-of-the-art high-tech infrastructure that is par with that of developed countries.

When completed, the project has hopes of being one of the leading sources of foreign direct investments in Nigeria. It is expected that this prestigious location will feature a state-of-the-art 24/7 infrastructure network, most especially uninterrupted power supply. A per square meter of land costs about $4, 000 and a completed building goes for as high as $710,000 (approx. ₦234,074,853), the new Eko Atlantic city is defiantly one of the most expensive locations to live in Lagos.

Magodo is located on Lagos Mainland and is one of the most expensive areas there. This suburb is an alternative for the rich who have a phobia for Lagos Island and some of the downsides that come along with it, most especially the endless traffic. Due to the class and taste of homeowners in this area, some neighborhoods in Magodo are Identical to neighborhoods on Lagos Island. Most residents of this lush suburb are government officials, oil workers, and CEOs of the equivalent of fortune 500 companies who built their houses of 6 to 8 bedrooms on large pieces of land.

Victoria Island is noted for its opulence and expensive accommodation.  Victoria Island is a residential as well as a commercial area. V I, as it is popularly called houses some foreign embassies and consulates as well as a few expensive hospitals and international schools, which is a major attraction for expatriates living in the country. Renting a three bedroom flat in this area can cost as much as N8, 000,000. Most of the residents of Victoria Island are expatriates, wealthy Nigerian business moguls and management professionals. 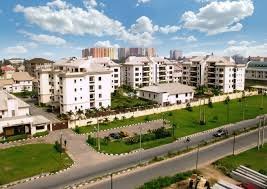 Ikoyi is one of the oldest cities in Lagos inhabited by the colonial masters during their era. When the British left, Ikoyi was inherited by Nigerian political and economic elite making it retain its valor as a posh neighborhood. Ikoyi is one of the most affluent neighborhoods in Lagos Island where you will find you Nigeria’s power brokers. With a very attractive layout, it is one of the most expensive areas to live in.  Even though Ikoyi is an old city in Lagos, the city includes the newer suburbs of Banana Island and Parkview Estate. Property for sale here can go for as high as N9, 000,000 and 3 Bedroom apartment costs between N7 to N10 Million per annum while newer properties cost as high as N13-15 Million per annum.

Since the upgrade done on Surulere by the former Governor Fashola administration, that axis of Lagos has become one of the most sought after area of Lagos. Some of the most expensive extensions in Surulere are Adelabu, Aguda and Adeniran Ogunsanya Street, which is the major commercial hub in the area.

Ikeja GRA is perhaps the most expensive place in Lagos Mainland today. It is occupied by the creme de la creme of Lagos Mainland. With well-paved roads, traffic lights and regular power supply, it is hard to resist this area. Most houses in this area are in the form of detached houses, bungalows, serviced apartment and duplexes. Property in Ikeja GRA can go for as high as N600, 000,000. Located in Lagos Island, Lekki oozes class and beauty and is unofficially the abode of the nouveau riche. With all the edifices that emerge daily in the location, Lekki is fast becoming the Beverly Hills of Lagos. It is home to most celebrities, foreigners and captain of industries.

Lekki is known for its security, serenity and orderly structure. There are many different estates and closes in Lekki and houses found in this environment include; bungalows, duplexes, serviced apartments and luxury apartments. Property here is priced as high as N600, 000,000. Furnished apartments as high as N25, 000,000 while a single room is priced at N900, 000.

Maryland is another expensive neighborhood in Lagos mainland which is regarded as central in Lagos. There are a few sub-estates in Maryland, one of which is the popular and expensive Shonibare Estate, which is loved by many Nigerians living abroad and wishing to relocate to the country.  Another upside of this gated estate is the firm security, due to its proximity to the Ikeja army cantonment. It’s calming ambiance with tree-lined streets and restrained architecture should also be a big plus. A bungalow for sale in this area can go as high as N300, 000,000. 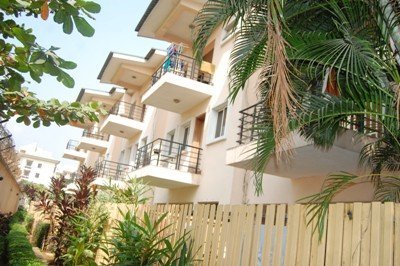 Banana Island is the neighborhood in Lagos next in opulence and cost to Eko Atlantic. Residents of this affluent area are offered world class utilities including underground electrical systems, an underground water supply network, street lighting and satellite telecommunications networks.

Property on Banana Island is priced in Dollars. The standard cost of buying a three bedroom apartment is $2 million while to rent the same apartment costs about $150,000 per annum. A piece of land for sale in Banana Island can go for between $4 million and $6.5 million, and the cheapest building on the island costs $8 million upwards. Banana Island is home to well-paid expatriate employees, government officials and top oil workers.

So now you know where to go if you are looking to secure accommodation in a rich neighborhood in Lagos.

Lockdown Ease: Customers Break The Door While Struggling To Gain Access Into A Bank in Lagos