Nigeria is a very rich social center. Our different qualities is one of our major strength as a country. Our diverse traditional dressings are rich in style and color. These outfits are worn on some special days for instance, a traditional wedding, a cultural display and some other occasions. Below are some of our traditional outfits. 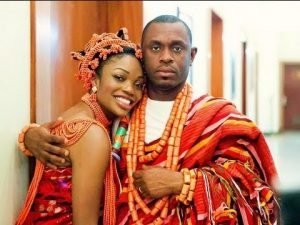 The Edo People are made up of the Binis, Afemais, Eshan, and others. They have a very rich cultural heritage. They are headed by an Oba who delegates duties to various towns and villages through the Odionweres(Elders) and Enogies (Dukes). The Benin Kingdom is one of the oldest and culturally rich pre-colonial African Kingdom. These people are quite reclusive in nature. They are colorful and elegant. The use of beads is commonplace in Benin because it symbolizes royalty and freedom. Oh how we love the Edo traditional dressing! 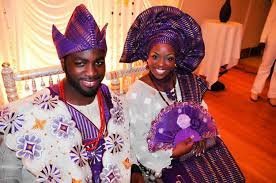 These People dominate the South Western and North-Central Nigeria and in states such as Lagos, Oyo, Ekiti, Kwara, Kogi, Ondo, Ogun and Osun. They are one of the three major tribes of Nigeria. They have a rich mythological history which dates back to Oduduwa as their earliest ancestor. They are jovial and respectful. They love partying and enjoyment generally. Their traditional system revolves around the Ooni of Ife and the Alaafin of Oyo which are seen as top custodians of the Yoruba culture. Yorubas are extremely glamorous in dressing! They look songs and food. The Yorubas usually wear “Agbada”, a oversized cloth which is worn like a jacket over lace or wrapper based clothes. They also wear a fabric called ‘Aso-Oke’, ‘Buba’, ‘Ankara, and many others. Their women most times tie ‘Igele’ to go with their outfits. 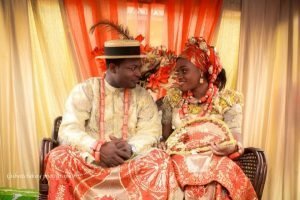 These People are the major tribe in Delta State. They dominate Delta Central and Delta South. They are the 5th largest ethnic group in Nigeria, though this position is mostly dragged with the Ibibios. Urhobo people and the Isioko have cultural similarities as they dress traditionally in exactly the same way and their languages is very similar and the people have same cultural traits. The Urhobo and Isoko people migrated from Edo state according to oral history. The people are ruled by an Ovie (King) with variations in appellations such as Orodje, Orosuen, Okobaro, Okpako, and others. Urhobo people love titles alot. In most events, people are announced as “Chief, Professor, Reverend Ovwigho Ogbejiriemu mni cna esq OFR”. Urhobos do not have a zeal for hard work and they are known mainly for academic and mental feats. These people usually dress by tying a Georgian Wrapper and wearing a Lace Shirt with a Cowboy Hat and a Walking Stick and beads are worn on the hands and neck. These people dominate the South Eastern and some parts of South-Southern Nigeria which has states such as Anambra, Enugu, Imo, Abia, Ebonyi, Delta North and Rivers. The tribe is one of the three major tribes of Nigeria. Igbo itself doesn’t represent any particular group but it is an umbrella for all Igbo groups such as Mbaise, Ika, Aniocha, Orlu, and others. They are highly creative and technical in nature. They are successful in businesses and technology. They have a strong family bond within each other. The traditional system is modeled after the Benin system. They have an Eze or Igwe who is either elected, or the oldest elder in the community or is inherited from father. They love class and elegance! The Igbos are self-preservative and fraternal in nature. They can be found in virtually every parts world. Their traditional dress is usually a trouser and a simple wool based shirt to go. Their women dress like the Edo people with beads on the head. Some Igbo tribes tie a white wrapper across their shoulders. 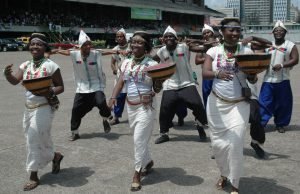 The Hausa/Kanuri/Fulani people dominate and occupy Northern Nigeria. They are being grouped together because of the similarities in their culture, dressing and language. They are the most populated people in Nigeria and they make up the major tribe. Sometimes, you can hardly differentiate these people. Religion has also helped to strengthen the bond shared by them as well as other minorities in their region. These people live a quiet, reclusive and pastoral life and are not known for extravagance. Their traditional system is modeled after the Islamic method of a Caliphate, Sultanate and Emirate. Their towns are ruled by an Emir or his delegate. The Fulanis are nomadic in nature. They are mainly farmers and cattle herders while there are also large number of politicians and civil servants. They dress with a “Kaftan” or “Jalabiya”. The Fulanis in particular are unique in their dressing. The first picture below shows Hausa/Kanuri while the second depicts Fulani. 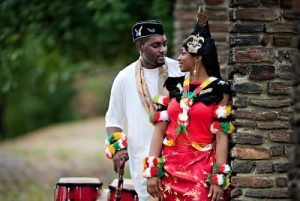 The Efik/Ibibio people dominate Akwa-Ibom and Cross-River States in South-Southern Nigeria. They are not that well known in Nigeria, but these people have a rich culture and elegance. They are said to have migrated from Cameroon in pre-colonial time and they also have the privilege of being one of the first people to encounter Western education and culture. The cities of Uyo and Calabar today are one of the most beautiful, neatest and secured places in Nigeria. They are welcoming and have a strong dislike for violence. Their traditional is ruled by an “Obong” who rules over an “Afaha” (clan). These people love food and are known to have a wide variety of delicacies in their menu. Their dress sense is slightly similar with that of the Igbo people. These people live in Bayelsa, Rivers, Delta, Akwa-Ibom and Ondo States. They make up for the 4th largest ethnic group in Nigeria. They live close to the river and so, all their myths and legends are water based.These people are reclusive and quiet. They like drinking as well. Their traditional system is headed by a “Pere” (King) who rules over a clan or village. They are fearless and bold! They have cultural and traditional dresses similar with the Itsekiri and Urhobo/Isoko people. 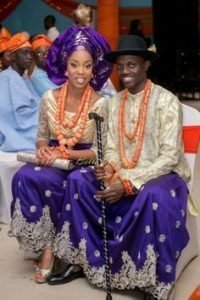 These people are a lesser known minority ethnic group and they occupy Delta South. They are aboriginals of Warri North, Warri South and Warri South West local government areas with a large number of people in Sapele local government area. They are originally Yoruba people who migrated to their current land and have, over time, mixed their languages with Edo, Urhobo, Ijaw and Portuguese. They are jovial, elegant and colourful people. Thse people are fearless and politically conscious and they have some of the richest and well educated people in Nigeria. They are ruled by an Olu who is a direct descendent of Ginuwa, a Benin prince. They dress like the Urhobos and Ijaws. Their royalty put on white with a coloured girdle depending on the event. 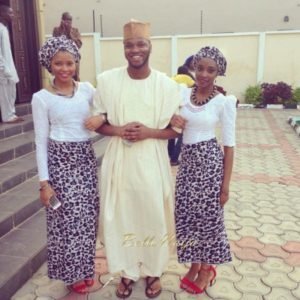 These people live in Kwara and Niger State in North-Central Nigeria. They are quiet in nature. They are headed over by the Etsu Nupe. They are communal in nature and they live a pastoral and simple life. Most Nupe people are farmers. They also have a strong and deeply woven system of traditional thought that guides their day-to-day life. 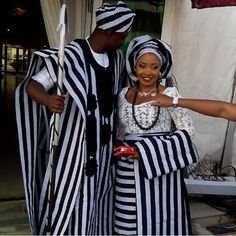 These people dominate Benue State in North Central Nigeria. They are quite reclusive and quiet like most tribes in Northern Nigeria. They were once part of the Wukari Federation of pre-colonial times and they are similar to the Jukun people of Taraba state. They have a rich and wholesome culture and belief system which is headed by the Tor Tiv. They People are colorful and elegant and they are unique. Their traditional fabric is characterized by zebra-like stripes.

Now you know that Nigeria is blessed and colourful when it comes to diverse cultural dresses! Keep up with iDonsabi to see more beautiful cultural expression across Nigeria. As a country with over 250 different ethnic groups, you’re in for a long ride baby!

Got any thoughts on Nigerian traditional dressing? Share in the comments section!