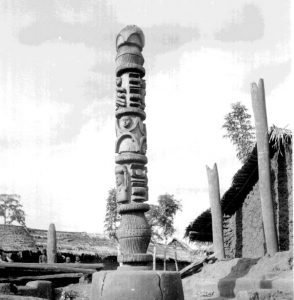 Ohafia an Igbo speaking people. They are best known for their war dance The largest clan in Ohafia is Akanu. The ancestral capital of Ohafia is located in Elu. The oldest part of Elu is centered on the site where the founder Udumeze first built his fire. You can find the shrine of the paramount lineage here.

This town is nicknamed ‘small London’. The people who occupy this town descended from the Igbo and Efik people of Calabar, they migrated from the upper Cross River area centuries ago. At first, they occupied a smaller territory, but it later expanded to the surrounding Nkporo community and took over their lands. Abiriba people where war-like and quickly settled themselves in the lands. Historical evidence back up the fact that Abiriba people have a common ancestor with the Yakor tribe of Ekoi of Cross River and the people of Arochukw. They are known to be industrious. Both in crafts and trading,,due to the fact that their arid lands make it difficult for agriculture to flourish. They are known for their pre-historical blacksmithing and sculpture artifacts. These occupation made them popular today, because it has become their trademark. 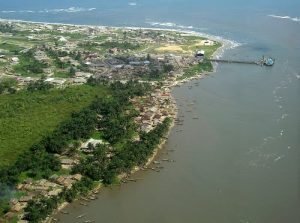 This clan is in Akwa Ibom state. They speak Ibibio language. Their local religion is one of ancestor-worship, worship of Ala the “earth deity”, and they engage seasonal agricultural festivals. Water is abundant there and the vegetation luxurious. 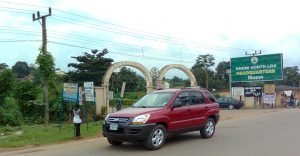 Nnewi is a kingdom that has thrived for over four hundred years. It is believed that the kingdom was founded around the 15th century and consists of four quarters namely Otolo, Uruagu, Umudim, and Nnewichi. Each quarter is further divided into family units called umunna and each umunna has a first family known as the obi. The origin and history of Nnewi has been traditionally passed on to generations through oral narration by their forefathers. Most of it depecting mythological richness involved the participation of ewi – the bush rat, which was believed to have played a great role in the past for saving their forefathers. This may also explain why it is a taboo to kill ewi in Nnewi or for Nnewi indigenes to kill or eat bush rat.

Ogbia is a small village in  Bayelsa State in the Niger Delta region of Nigeria. It has a population of 179,926 and is well known for its Historic value to the today Nigerian state economy. Ogbia local government area encompasses Oloibiri the first place oil was discovered on Sunday 15 January 1956. The inhabitants of Ogbia land are mainly fishermen and farmers. Worthy of note is the fact that former Nigerian president Goodluck Ebele Jonathan was born in Otueke, Ogbia. They are very good in commerce and have carved a niche for themselves as the architect of ‘osomalo’ business which is a popular trading method that allows customers to pay for goods bit by bit. 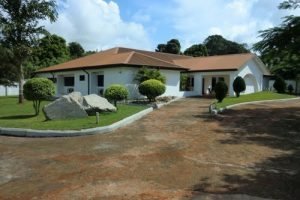 This kingdom is a monarchical territory headed by a king [Enijie] who handles the leadership of the kingdom. The leadership in this kingdom is a hereditary monarchy system. The king is the monarch who rules with chiefs. They assist the king in the leadership of the kingdom. The kingdom became strong in 1463 when the Bini Monarch Oba Ewuare conferred kingship on Ichesan (first Onojie of Uromi). Since then, the kingship have been transmitted by inheritance. A large percentage of the total economy of Uromi is locally from farming and trading. Its high and good farm output is greatly done by the vegetation zone which is a rain forest zone, soil type (loamy)and its topography. It also has a good number of markets that provides the opportunities to the local farmers to commerce their farm products. 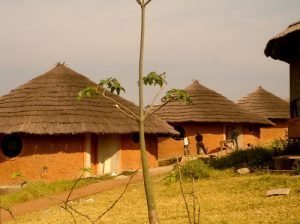 This town is Four hours from Calabar, the Cross River State capital This town was one of the provinces during pre-colonial independence. It has a very large land mass and their major source of livelihood is subsistence agriculture, basically farming of cassava, yams, palm oil, palm wine etc. 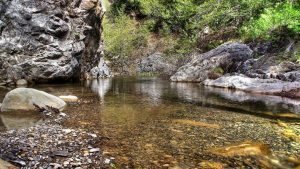 This town is also known as Ikerre and It is an agricultural centre. The town is located between Ado-Ekiti the capital of Ekiti State, and Ikogosi, a resort town notable for its dual cold and warm water springs. The traditional ruler of Ikere goes by the title of Ogoga of Ikere-Ekiti. Ikere is home to the College of Education, Ikere-Ekiti. 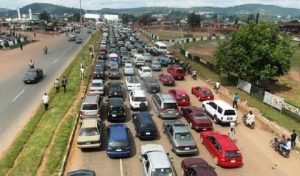 This is a busy market town with a range of roadside stores selling pharmaceuticals, provisions, building materials, ironmongery, tools, phone cards, counterfeit music CDs. In the centre of this town is a colourful market which is held every 4 days with stalls selling fruit, vegetables, very fresh meat, other provisions, household goods, fabric, shoes, clothing, smoked fish and posters displaying European footballers pictured alongside their houses, cars and wives.

We appreciate Nigeria for its rich traditional heritage and culture.

Got any opinions on beautiful Nigerian villages? Share in the comments section!

Saudia Arabia responds to the allegations of the Nigerian Government

17 thoughts on “Top 10 Most Beautiful Villages in Nigeria”