Borno state was formed in 1976 from the split of the North-Eastern State. Until 1991 it contained what is now Yobe State . This state dominated mostly by the Kanuri people even though there are other smaller tribes such as Lamang, Babur and Marghi are also found in the southern part of the state.

In 1902, the British officially incorporated Borno into the Northern Nigeria Protectorate and established a new capital at Maiduguri or Yerwa in 1907, which remains the capital to this day. Read more about these tribes below.

The Kanuri people trace their origin to the ancient Bornu-Kanem Empire. They are a very powerful people in northern Nigeria and have been at their present location for a very long time. They are almost as influential as the Fulanis and the Hausas. The Kanuri people in Nigeria have a population of 6,980,000. Also, there are Kanuri people in neighbouring countries such as Cameroon, Niger Republic and Chad. The people of Kanuri speak a language that is known as Kanuri.

Kanuri men put on Baban Riga while women tie wrappers on a blouse and cover their heads with hijabs. Meals are often made from millet and rice.

Jere is both a tribe and a local government area in Borno state. The people of jere occupy an area of 868 km square and have a population of 211,204 people.

It is not clear where the Jere people migrated from. However, it is believed that they have been in this area for hundreds of years. This tribe shares a lot in common with the Hausa tribe. Most of them are farmers and traders. Islam is the dominant religion in this tribe.

The people of Jere feed on maize, millet and rice. Men from this tribe wear flowing gowns while women tie wrapper on blouses and wear hijabs. 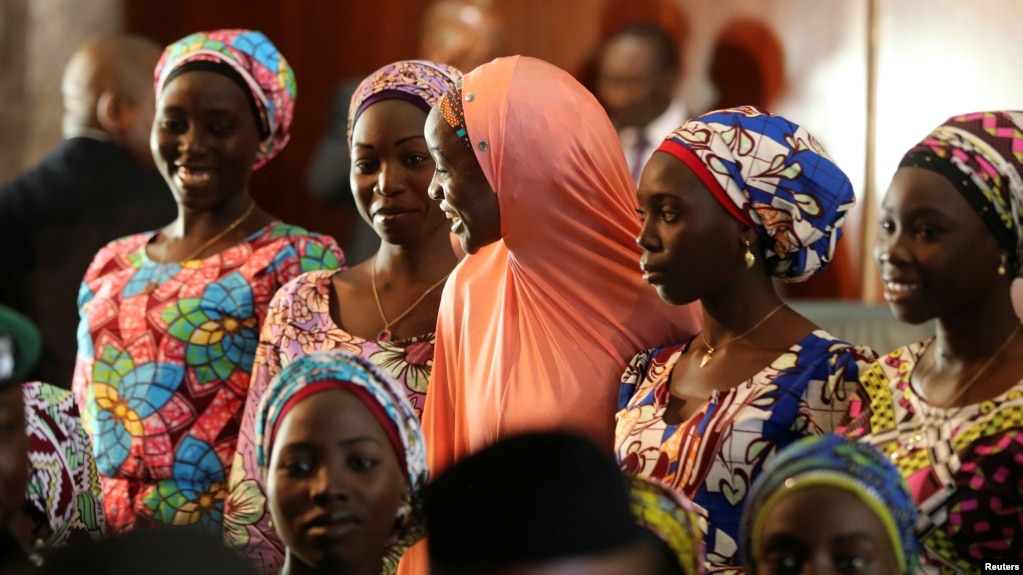 Chibok is a local government area in Bornu as well as a tribe. This tribe has a population of 66,105 people. The Chibok tribe came into limelight after the kidnap of some secondary school girls by the Boko Haram terrorists. The people of Chibok have a Christian majority and Muslim minority. Also, they speak a language called Kibatu.

Men from Chibok put on flowing gowns that are known as Babban Riga while the women tie wrapper on a blouse and wear the hijab. Meals eaten by people from Chibok are usually made from maize and millet. Farming is a major occupation of the Chibok people.

There is no certainty where the Fulani people are really from. However, it is believed that these people have their roots in the Middle East. The Fulani people have a violent history and are known to have spear-headed the Islamic Jihad movement in Nigeria and in other parts of Africa.

The average Fulani man is believed to be a nomad, a Muslim and a cattle rearer. A flowing gown that is known as Babban Riga is usually worn by men of this tribe. Fulani women tie wrappers on blouses and cover their heads with hijabs.

The Hausa tribe in Nigeria is perhaps the most influential in the northern part of Nigeria. The Hausa people are key leaders in many sectors of the Nigeria economy.Also, people of this tribe have a dominance in the military.

Islam is the predominant religion of the Hausa people while farming and trading are their major occupations. Although the Hausas are one of the first tribes in Nigeria to become Islamized, there is no history of them spearheading any jihad movement.

Hausa men put on flowing gowns known as Babban Riga while their women tie wrappers on a blouse and cover their heads with Hijabs. Meals eaten by the Hausa people are usually made from millet, maize and sorghum. These crops are processed and tuwo is made out of them.

The Babur people are believed to have migrated from Yemen. They occupy Biu, Hawul, Kusar, Kwaya, Shani and Bayo LGAs and are Muslims.

The people of Babur speak a language called Babur and are farmers. They share the same culture with the Hausas. As a result of this, they have a similar mode of dressing and eat the same meals.

The Higi people in Bornu occupy Gwoza LGA. They speak the Kamwe language and are a minority tribe in this state. Men and women from this tribe dress just like the Hausas and are farmers.

These people are Muslims and eat the same kind of meals as the Hausas.

The Kanakuru people occupy Biu LGA of Bornu state. They have a population of about 60,000 of which about 71% are Christians.

These people are farmers and dress just like the Hausas. Usually, their meals are made from processed millet and maize.

2 thoughts on “Complete List of Tribes in Borno State Nigeria”