The name Ekiti is a derivation of an earlier term Okiti which means “Hilly” in Yoruba, as characterized by the generally hilly terrain of the areas the Ekiti inhabit. In associating Ekitiland with Ekiti State of Nigeria, it was observed that a good percentage of its people and communities located within the same geographical space of current day Ekiti State (one of Nigeria’s 36 States) are homogenous. .Ekiti was an independent state prior to the British conquest. It was one of the many Yoruba states in what is today Nigeria. 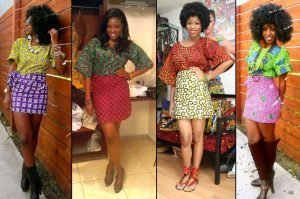 The Yoruba people occupy the southwestern and north-central parts of Nigeria. There are about 40 million Yorubas in Nigeria and they make up about 21% of Nigeria’s population. Although the majority of Yorubas live in Nigeria, they are also indigenous to other countries such as Benin Republic, Togo and the Ivory Coast. This tribe is the only tribe that occupies Ekiti state.

The Yorubas are an almost equal mixture of Christians and Muslims. A handful of them also practice their traditional religion. The Yorubas are surrounded by some other major tribes in Nigeria. They have the Ebiras to the Northeast, the Esans and Afemai tribes to mid-west, the Bariba to the Northwest, and Nupe to the north.

Apart from the Yoruba population in Nigeria and other parts of Africa, there are Yorubas in Brazil, Grenada, Trinidad and Tobago, Sait Lucia, Cuba and the Dominican Republic.

The Yorubas are farmers and traders. Men from this tribe put on Agbada while women tie Iro on Buba.

The early Ekiti country is divided into 16 districts (and it has been maintained to this day), each with its own Owa or King (Owa being a generic term amongst them) some of which are Owore of Otun,The Ajero of Ijero, Alara of Aramoko, Alaye of Efon-Alaye, Ewi of Ado, Elekole of Ikole, Olojudo of Ido, Oloye of Oye, Arinjale of Ise etc. The main staple food of the people of Ekiti is pounded yam with Isapa soup or vegetable soup (Efo riro)

The Yoruba’s were the prominent indigines in Ekiti but are ruled by various kings which are mentioned above. It is a state blessed with various people who make up Ekiti state.

Davido To Release ‘Fall’ Remix With Cardi B (Video)

If You Want to Know What Is Happening in Nigeria, I Will Tell You Privately, You Will No Longer – TY Danjuma