Earlier today, Idonsabi reported that Glory Osei and Muyiwa Folorunso, a couple who own a company named – Divergent was accused of fraud and maltreatment of staff by their former employees.

After 2 ladies who formerly worked with them called them out, narrating how toxic it was to work with them and how they sack staff every now and then, more people who had worked there before began to share their stories on Twitter.

A man on Twitter narrated how he went into depression after quitting his former job, moved to Lagos to work with the company and was fired months later.

I happen to be a fresh graduate who was desperate to get a job and never wanted to stay at home. #NextLevelOfDoom #MondayMotivation
Muyiwa
Glory Osei pic.twitter.com/Kv5DJlwe6x

Another narrated how he was sacked for no reason and how he had to live with the trauma.

Glory and Muyiwa are being called out as the scam artists that they are. The worst thing is that I had to live with the trauma of being sacked (with immediate effect) with no reason at all. A fellow colleague (Elizabeth) came to tell me that I was being sacked. No letter, no HR

A lady revealed she was fired for getting in a car accident;

Fired me for getting in a car accident https://t.co/Ac83vqq0Yg

@OnyiiBekeh tweeted that she was fired when she was sick and wasn’t informed. She only realised she has been logged out of their social media accounts she was managing.

They hated my guts so much because I just wouldn’t let them exploit me. They fired me when I was sick!
As in; they logged me out of my work emails, changed passwords to all the social media accounts I was managing and didn’t tell me shit

Many more stories about them surfaced online by people who had worked with them at different times. However, Glory Osei has shared the company’s press release about the ongoing issue. 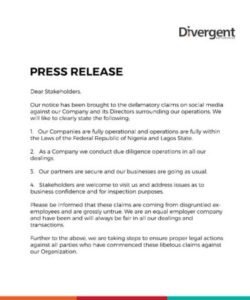 Take A Look At The Best Of #SocialMediaChallenge 2020