Liverpool Centre-back, Van Dijk has once again laid the Messi-Ronaldo duopoly that has eclipsed the footballing world in the last decade to rest.

The former Southampton centre-back followed in the steps of Luka Modric who lifted the award last term, becoming the only defender in several years to pick up the award.

However, Lionel Messi wasn’t kept totally out of the fan fare, lifting the UEFA forward of the season award having scored the most goals in the competition last campaign. 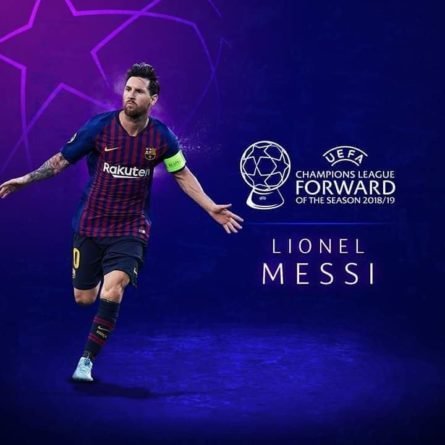 His now-teammate Frenkie De Jong who was a part of the young Ajax team who caught the eye of many football fans picked up the UEFA Midfielder of the Season award.

While Liverpool goalkeeper, Allison Ramses Becker won the UCL Besk Goalkeeper of the Season having kept the most clean sheets and winning the competition itself.

Van Dijk surely won a lot of hearts with his man management and discipline at the back to pip closest contender, Lionel Messi to the award.

Messi turned heads at the awards when he arrived in his private jet with the Argentine sitting next to Ronaldo in the ceremony.

Ronaldo spoke well of their relationship and healthy rivalry over the years inviting the 32 year old to a dinner.