Faceapp has been trending for the past week now, with millions of downloads. The app allows people to see what they are likely to look like at old age.

However, a controversial issue arose when it was noticed that the terms of use gives the app the right to use your pictures and names for anything. 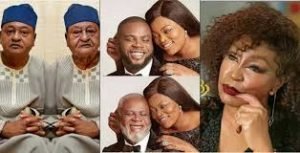 The term of use reads;

“You grant FaceApp a perpetual, irrevocable, nonexclusive, royalty-free, worldwide, fully-paid, transferable sub-licensable license to use, reproduce, modify, adapt, publish, translate, create derivative works from, distribute, publicly perform and display your User Content and any name, username or likeness provided in connection with your User Content in all media formats and channels now known or later developed, without compensation to you.

“When you post or otherwise share User Content on or through our Services, you understand that your User Content and any associated information (such as your [username], location or profile photo) will be visible to the public.

Forbes list have revealed that  “over 100,000 million people have downloaded the app from Google Play and FaceApp is now the top-ranked app on the iOS App Store in 121 countries.”

“You might end up on a billboard somewhere in Moscow, but your face will most likely end up training some AI facial-recognition algorithm,” Forbes says.

Kanye West Says Covid-19 Vaccine Is “Mark Of The Beast”