Nigerian entrepreneur and Imade Adeleke’s mom, Sophia Momodu has made a post stating that she flies business or first class. 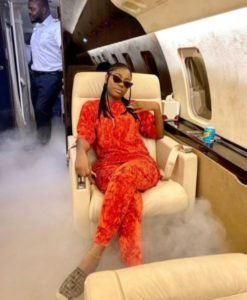 This is coming after news of Davido taking her and their daughter, Imade on a vacation surfaced online after they were all spotted together in a private jet.

Reacting to the news, Davido made a statement revealing that they were all going to Ghana. He had a show in Ghana (Afronation) and his baby mama, Sophia Momodu had a business to do there. He stated that he decided to help out because “it’s either that or she fly economy.”

Read His Statement  Below:

Sophia Momodu then made a post reacting to the statement Davido made. She revealed she and her daughter flies First or Business Class. 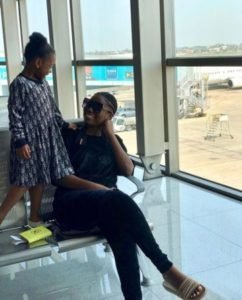 “Entering 2020 jst how I like it.. with my best girl & on the move ?
#2020WeMoveNoMatterWhat #BreakingLimits #WeFlyFirstOrBuisnessClass ??”

Actor Samuel Ajibola AKA Spiff And Girlfriend, Sandra Are Engaged

Toyin Lawani Reveals How She Celebrated Her Son’s Birthday (Photos)