Senator Dino Melaye seems to have incurred the wrath of the police, as the law enforcement agents have vowed never to leave his house until he surrenders.

The Nigeria Police Force declared the Senator wanted, in connection with an alleged criminal conspiracy and attempted culpable homicide. 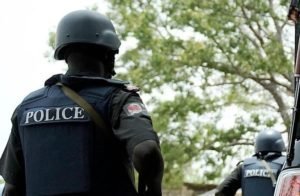 According to the police, Senator Dino Melaye allegedly shot a mobile policeman on duty in Kogi state, a claim which the Senator has denied.

Spokesman of the police, DCP Jimoh Moshood had said:  “Senator Dino Melaye is wanted by the police for a case of criminal conspiracy and attempted culpable homicide, committed on 19th July, 2018.

“It is on record that the police investigators submitted a letter of invitation dated 23rd July, 2018, signed by the commissioner of police, Kogi state police command addressed to the Clerk, National Assembly, Abuja, inviting Senator Dino Melaye to report on 26th July, 2018 at 1100Hrs.

“The claim by the Senate President in the media that the police did not submit a letter of invitation to the Clerk of the National Assembly is therefore incorrect.”

The Senate President has condemned the recent development.

Man Electrocuted While Trying to Fix Fuse on Transformer in Abuja