West Ham will host Arsenal at the betway stadium in what promises to be an exciting encounter. West Ham will be boosted by the return of Marko Arnautovic and would be looking to give Arsenal a run for their money. 5th-placed Arsenal will be looking to keep their hopes of a top four finish alive. 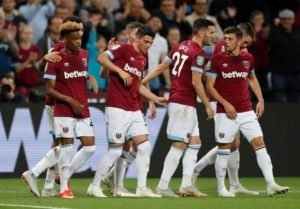 West Ham have had their own fair share of injuries with Arnautovic, Lucas Perez and Chicharito all injured at one time or the other. That said, the Hammers have been shipped in lots of goals this season leaving them with a goal difference of minus 3. Indeed, they have managed only two clean sheets in their last ten outings whilst playing at home.

Their last win against Arsenal dates as far back as 2015. Since then, they have drawn 2 and lost 5 to the North London Club. In  the first leg fixture, it was Arsenal who ran out 3-1 winners. However an in-form Arnautovic can make the Gunners pay for all their defensive errors when the two lock horns on West Ham’s turf. 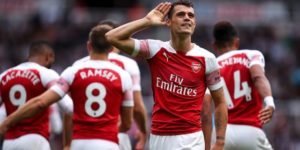 Arsenal will be boosted by the news that six of their players have recently returned to training. Emery will finally be able to name a full team considering the availability of the players. Arsenal have been impressive in the final third with their talisman Pierre-Emerick Aubameyang as the joint-top goal scorer in the Premier League. The defence has always been the culprit however as the Gunners have always been vulnerable at the back.

A win here is essential as they look to keep their hopes of Champions League qualification alive.

West Ham have lost a number of players to injuries among which are: Javier Hernandez, Andriy Yarmolenko, Carlos Sanchez, Manuel Lazini, WInston Reid, Fabian Balbuena, Ryan Fredericks and Jack Wilshere. However, Hernandez and Balbuena are set to make comebacks and can contend for a starting role ahead of the draw.

Arsenal are not any better either. They have a steadily growing list of injured players. Players such as Nacho Monreal, Mkhirtayan, Bellerin, Mustafi, Welbeck, Ozil, Konstatinos Mavropanos, Bellerin, Monreal are unavailable  but could be reassessed for match fitness ahead of the encounter.