Nigerian comedian, Ali Baba writes about why married men are let off easily when they cheat and married women aren’t.

The conversation started when the comedian shared a post by a Twitter user who said she broke of with his boyfriend because they have a tradition where the punishment for infidelity for women is death. A follower then commented about how the tradition only holds women accountable and not men.

”The reason men get let off easily is because a man can not bring a child into the family and change the DNA and lineage of the family…but a woman can. She will bring a heir to throne that is not a member of the family by blood.” 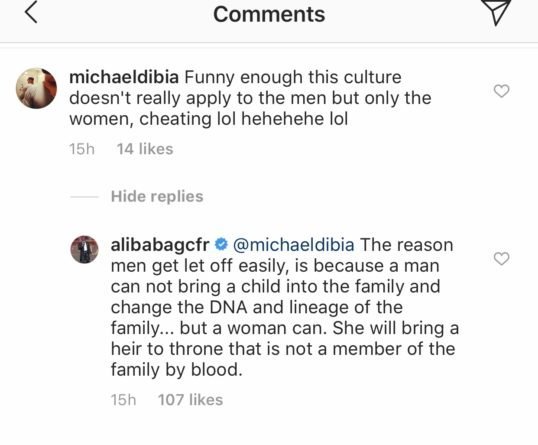 The comedian emphasized this in another post as seen below: “If I Cheat, You Have To Forgive Me But If You Cheat, The Marriage Is Over” – Nigerian Man Warns Future Wife

“If You Give Everybody You’ll Become Broke Too” – AY