The English Premier League is at the moment the most interesting Football League in the world. Since its inception in 92/93, it has blazed the trail in many football matters around the world. And most players want a piece of that cake at least once in a lifetime. And they’ll work very hard to get there. Well, some players have gotten to play at this stage at a very young age. And in this post, we shall be seeing the top ten youngest players ever, to grace the EPL stage.

Mark Platts made his debut for Sheffield Wednesday against Wimbledon, where they won 2 goals to one. As at the time of his debut he was the youngest Sheffield player to ever grace the pitch, except for goalkeepers. Although much was expected from this man, he would only play once more for Sheffield. He then would move to Torquay United and finally leave football to go into the steel industry where he is alleged to still be. 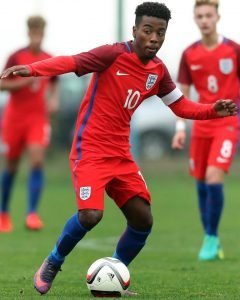 Making his debut in the 2016/2017 season he is at this time the youngest of the players on our list. The English youngster debuted against Crystal Palace on the last day of last season. He has also captained the U-16 and U-17 English teams. 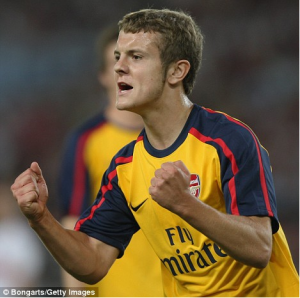 We all know that Jack Wilshere can be a force to be reckoned with when he’s not struggling with incessant injuries.  He made his debut in 2008 when Arsenal white washed Blackburn at home 4 goals to nothing. Of recent Wilshere has had good playing time, after recovering from a broken leg from last season.

In 2010 Jack Robinson made a move from the Liverpool youth team to the senior team. He had his debut in Rafael Benitez’s last match at Anfield, where they drew against Hull City. The centre-back didn’t see much playtime though at Anfield. Jose Enrique joining the reds in 2011 even worsened his plight as also did some injuries. In the age category football though he represented England a number of times. Jack Robinson is in Queens Park Rangers at the moment.

Reece is West Ham’s youngest player to play for the first team as at the time of his debut in 2015. He still holds the record till now. His Premier League debut was against Arsenal at the Emirates where the home team lost 2 – nil. He was lauded for his performance in this match, as he was able to neutralize the poison that was Mesut Ozil. Prior to his EPL debut though he had played 3 matches for West Ham in the Europa League. At the moment he is on loan to German club Borussia Monchengladbach.

In 1999 he became the youngest player to feature for an English Premier League side when he was fielded in Conventry’s 4 -1 thrashing of Aston Villa at the Villa Park in 1998/1999 season. The forward did not score any goal in this match though. However, it wasn’t needed; the deed had been done already. It would take him about 7 years before he’ll get his first Premier League goal. At the moment the 35-year-old left winger plays for Eastleigh.

He made his debut for Everton at the Goodison Park when they lost 2 – 3 to Blackburn Rovers. His been substituted in the 78th minute for Nuno Vante, but he couldn’t save Everton from that home loss in 2007. Try as hard as he would, the forward would not be able to get regular play time at Everton. This would see him move to Oldham Athletic in 2012. Jose Baxter is back to Everton at the moment; let’s see where the tides of football take him as time goes on.

Russian Murphy is 19 years old and he plays for Aston Villa as a forward. He had his premier league debut 3 years before now, in 2015. He is the youngest player in the club history to play a premier league match. Russian has had just 5 appearances for Aston Villa all together and is yet to score a goal. However, he has had more appearances for England, especially in age wise competitions. 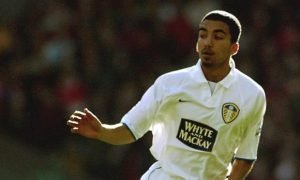 Aaron Lennon is at the moment a winger at Burnley, although he didn’t start his football career there. He made his debut for Leeds in 2003 when he came off the bench to play against Tottenham. Lennon is 30 years old as at this time, and he plays his trade in Premier League side, Burnley.

Izzy is currently a Chelsea player, though he’s out on loan to Brighton and Hove Albion.  Mourinho saw him in a match which West Brom lost 1 – 0 when Brown came in to play the last minutes of the game.  This was in 2012/2013 season. Later that year Mourinho will buy him, he is still in Chelsea at the moment. The young forward however is yet to have a first-team shirt, however, he has been on loan to other clubs. Perhaps by the time he comes back to Chelsea, he’ll have a regular play.

Briggs made his debut at Riverside when Fulham, his team lost 3 – 1 to their hosts. This was in 2007 making him the youngest player ever to play an EPL match. The left-back is at Chesterfield at the moment, and he also plays for Guyana.

Nigeria has recorded 571 new cases of COVID-19 in the last 24 hours. According to the information released by the