Nigeria is home to some of the richest individuals in Africa. Among these individuals are businessmen and entertainers. Due to the financial worth of some Nigerians, expensive buildings in choice parts of town are a common sight.

The most expensive houses in Nigeria are;

This mighty structure is located in Ikoyi, Lagos and was constructed by German company, Julius Berger. Folorunsion’s mansion comes with a special architectural design in addition to being bullet proof. Furthermore, this mansion does not have any windows. Windows are replaced with light wells.

Mrs. Alakija lives in this mansion with her husband.

Mike Adenuga‘s mansion is located in Banana Island, Lagos. It is the most expensive known house in Nigeria. This luxurious mansion is worth over 8 billion. Although, some would consider 8 billion too much to be spent on a house. Well, if you are one of them, do not forget to bear this n mind; Mike Adenuga is a billionaire in dollars and one of the few Nigerians to be on Forbe’s list of world riches men. 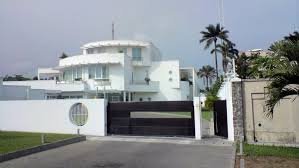 Africa’s richest man, has lived in his present house for up to 12 years. This mansion is located in the Federal Capital Territory and is worth N5 billion.

Dangote’s luxurious mansion is one of the most expensive owned by a Nigerian businessman. Contained in this house are a tastefully furnished living room, a conference room, a home office that has played host to some of the most influential and successful men in the world such as world’s richest man, Bill Gates and former Nigerian president, Goodluck Jonathan.

Finally, this mansion contains a bedroom. According to Dangote, he spends the least time in the bedroom. 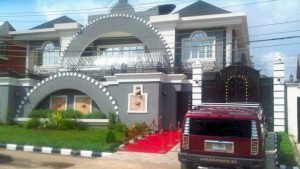 Peter and Paul, together known as Psquare are the only entertainers that have a house on Banana Island. Prior to relocating to the billionaire’s haven, Peter and Paul lived at Omole estate, Ikeja. The most amazing and famous twins in Africa have definitely struck gold in the music business. A proof of this is their 1.5 billion mansion on Banana Island, Ikoyi, Lagos. This house was acquired not long after they settled their differences.

The world famous twins live in this luxurious edifice with their wives, children and brother/ manager Jude okoye. 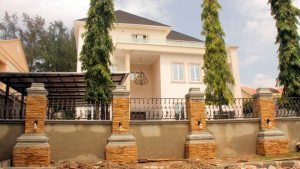 Senator Melaye is known for owning some of the most expensive cars in Nigeria. However, his taste for luxury does not stop at that. The very wealthy senator is also known to be very interested in luxurious buildings. This is perhaps one of the reasons he is on this list

The very famous and controversial senator Dino Melaye is the proud owner of one of the most expensive houses in Nigeria. Dino Melaye lives in a 1.5 billion mansion in Abuja. This property was acquired by the senator not long after he became a law maker. Former governor of Lagos State and All Progressive Congress National leader, senator Bola Ahmed Tinubu is one of the richest politicians in Nigeria at the moment. In addition to being a very rich politician, he is arguably the richest landlord in Lagos state.

The 65 year old Politian lives at 26 Bourdillon Road, Ikoyi. His home is a N1 billion mansion. Apart from living in one of the most expensive buildings in the country, senator Bola Tinubu also owns numerous expensive houses and landed properties in various parts of Lagos.

Senator Lee Maeba is arguably the youngest Nigerian senator at the moment. He is forty two years old and is the senator representing the Rivers South-East senatorial zone in the Nigerian National Assembly. This young “money bag” became senator while still in his early thirties.

Senator Lee Maeba is the owner of N1 billion luxurious mansion in oil rich Port-Harcourt. There are speculations that the foundation of this mansion alone cost the senator about N 100 million to put in place.

This N1 billion mansion is believed to be capable of standing shoulder to shoulder with any luxurious residential building anywhere in the world. 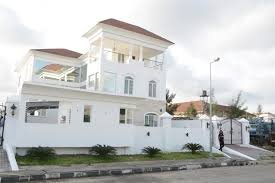 Nigeria’s richest and most famous blogger Linda Ikeji is the only single lady on this list. The rich model turned blogger has come under accusations of getting her wealth by lying on her back. She has however defended herself by claiming she has never slept with a man for money.

Linda acquired her N600 million mansion in October, 2016. This house is a two-storey building, it contains a media room, a cinema, six bedrooms, two living rooms and a lot others.

According to the celebrity blogger, owning a house in Banana Island is a dream come true for her. 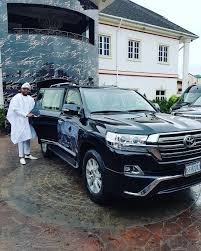 Emeka Okonkwo popularly known as E- money is a businessman, record label boss and younger brother of popular Nigerian Artiste Kcee. E- Money is one of Nigeria’s young millionaires and is popular for spraying money in parties.

Emeka Okonkwo lives in a N250 million mansion on Lagos Island. This mansion is tastefully designed with gold and white.

Although, the source of E-money’s wealth has been questioned by lots of people, nothing ugly is known about him by the public. 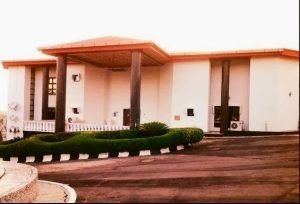 Although, the exact worth of Camp Neya is unknown, it runs into billions of naira. 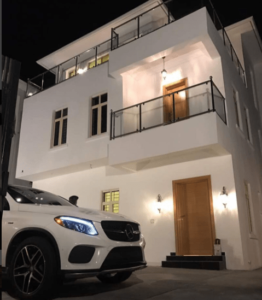 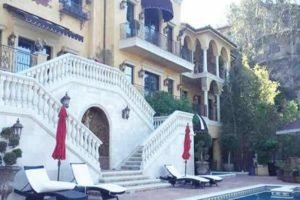 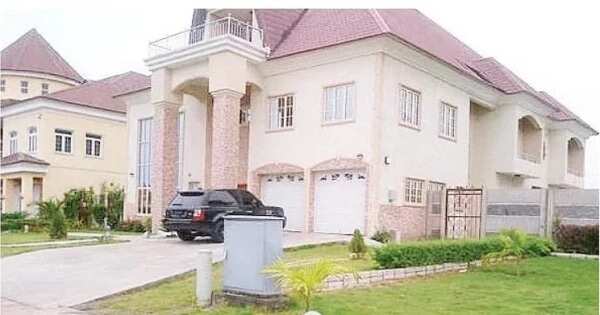 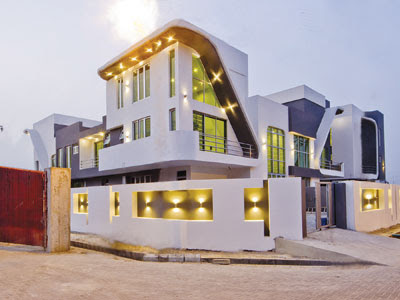 Always bear in mind that in as much as an individual’s financial worth is a strong determinant of the person’s quality of life, those higher on this list are not necessarily richer than those lower or those not on this list at all.

15 thoughts on “10 Most Expensive Houses in Nigeria”