Nigerian actress, Uche Ogbodo blasts trolls who came for her after sharing a picture of her makeup free face.

The actress a picture and captioned it;

“Check Out My Real Face this Morning. Effortlessly Beautiful No Filter.” 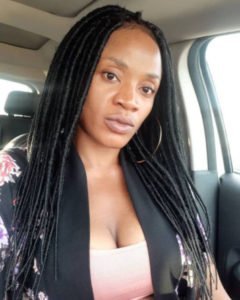 One wrote; “Like a man”. In response; Uche Ogbodo wrote; “@iamlenobrown you look like A confused Transgender.”

Another wrote; “You look like a man on wig.”

She responded; “and you look like a desperate broke ass stripper.” 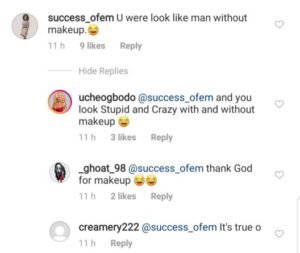 A troll also attacked ex BBNaija housemate, TBoss yesterday after sharing a picture in tshirt and jean. According to the actress, she dresses like a teen.