Ex BBNaija housemate, Seyi Awolowo has been attacked by some followers after he wrote again fraud.

The Voice Over Artist wrote in a recent Instagram post that one doesn’t have to do illegal stuff to be successful. However, this didn’t go well with some of his followers.

“I have said it before and I would say it again.

“You don’t need to be shady, wayward or do illegal stuff to move forward and be successful.

In response, a troll wrote;

See Their Exchange Below: 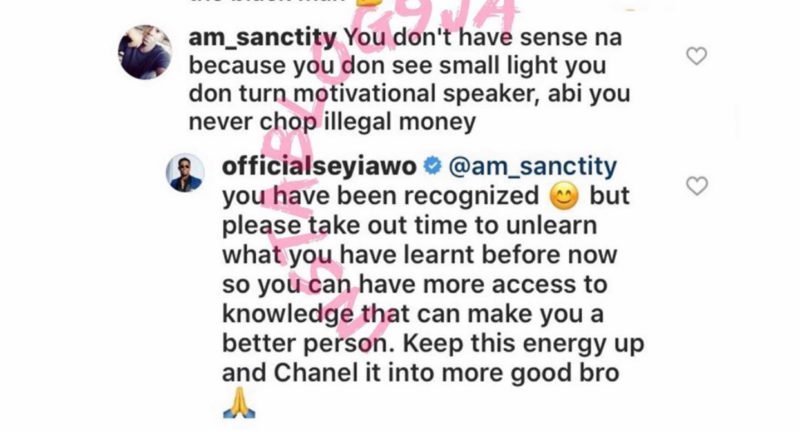 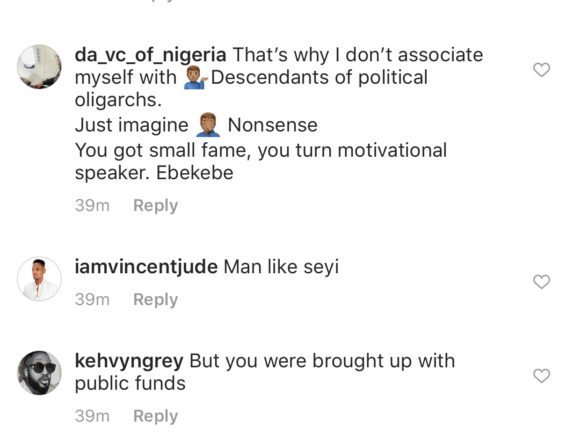