A Twitter user had lamented about how the singer once blocked him on Instagram and how since then, he’s never commented on any of his post.

“When Kunle block me on IG without me doing anything. I’ve not and never commented on his post for once I van only double tap. Me thinking why the nigga block me cos I always positives and minding my business.”

In response, Adekunle Gold explained that he doesn’t remember why he blocked him but it’s likely he did so because he trolled another artiste.

“Maybe I saw your comment on instablog trolling abother artiste, so before d tin reach my side I say make I block you. Maybe that’s what happened. I don’t remember.” 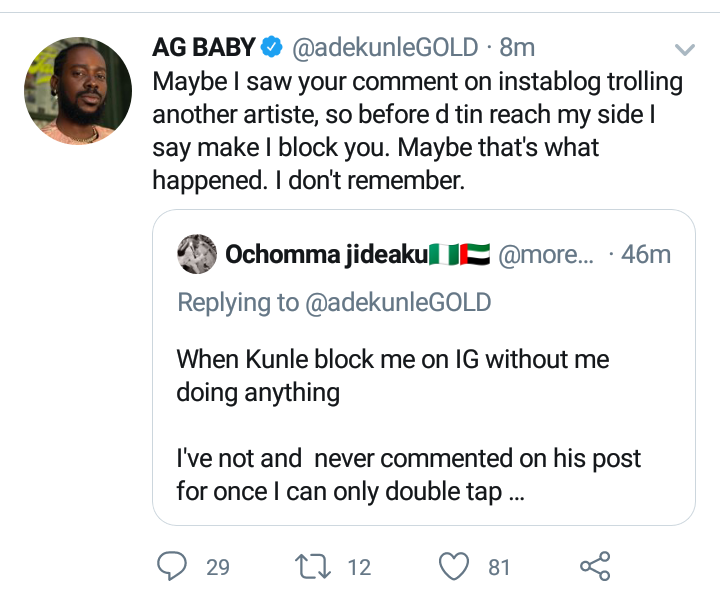