Tiwa Savage in a recent chat with Tamar Braxton on her YouTube show, talked about the challenges of combining being single mom with being a music star. 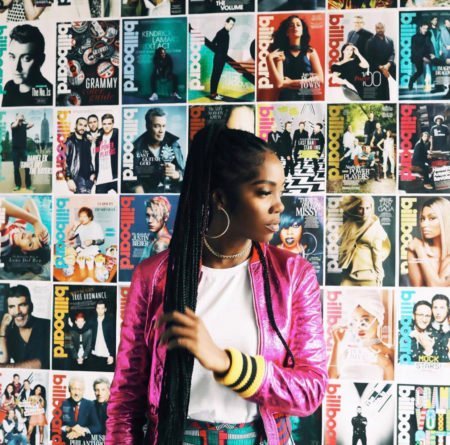 Tiwa Savage explained that she used to take his son everywhere when she first had him. However, now that he’s in school, she wants for him a stable life hence doesn’t take him along while going for tours.

“I had my son four years ago and he’s such an amazing personality. When my son was one or one and a half, I took him everywhere I went but now that he’s in school, I think it’s important to have him stable, so he’s in school and he’s at home,” Savage says.

“I don’t take him (Jamil) on tour. I can’t take him out of school too much, so he’s been at home and this is why I’ve been loving being at home during this stay at home because I’ve just grown to know him more on a different level like his personality.”

Savage also spoke about having mom guilt whenever she’s away from her 4-year-old so much that she used to buy him lot of gifts and anything he asks. She once bought him 56 dinosaur toys.

“I have to be very honest with you,” Savage told Tamar, “First, I used to buy him gifts when I travel so when I’m coming back I will buy him everything. One time, he said he likes dinosaurs and I bought him 56 dinosaurs. I mean like a whole suitcase full of dinosaurs.”

However, her mom, Cecilia Savage had a talk with her and discouraged her from overcompensating Jamil because of her guilt.

“So, my mum sat me down and said you don’t have to compensate him, this is your son and he knows. What we are doing is actually for our children.

”So I had to pull back because I also don’t want to spoil him but I definitely feel guilty a lot especially when I go for a long period of time and I come back and they say Jamil likes to do this now and I wonder when did that happen but it’s what it is.”

You May Also Like:
Nkechi Blessing Curses Follower Who Accused Her Of Doing Fake Giveaways
“Men Are Not Poverty Eradication Plan” – Tunde Ednut Writes ‘Lazy Women’
The 50 Cent Story: ‘How Charly Boy and Festus Keyamo Betrayed Me’ – Eedris Abdulkareem