Nollywood actress, Olaitan Ogungbile popularly known as Olaitan Sugar curses her ex after he trolled her on her Instagram post.

The actress uploaded a picture of another actress she’s lost contact with and asked if anyone knew her whereabouts.

In response, her ex wrote; “You no know any of her family members? She is a wise woman unlike you that advertise yourself on the social media, she is on a low key building her home, no distractions.”

Olaitan Sugar fired back at him, “Na wa o, so just because I refused your marriage proposal, you decided to always come under my pictures to abuse me.”

She also cursed him Yoruba saying it won’t be well with him. 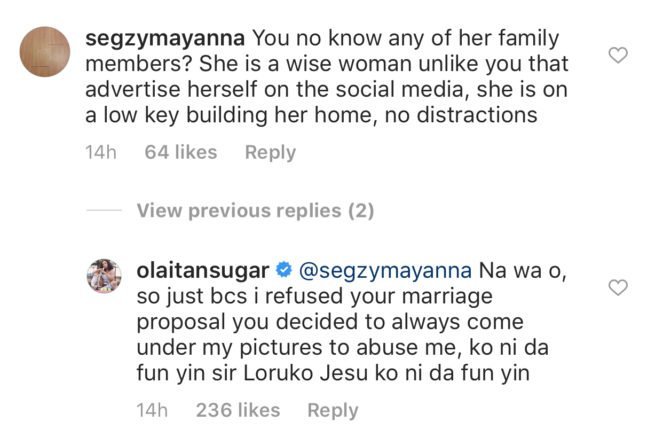 “I Questioned God When I Lost My Dad” – BBNaija’s Diane