Comedian, Mr. Jollof and ex BBNaija housemate, Thelma seem to have a problem with Nigerians mourning the death of basketball player, Kobe Bryant.

The 41-year-old legendary basketball player died in a helicopter crash yesterday along his 13-year-old daughter, Gianna and at least 3 other passengers in his private helicopter with him.

Many have reacted to this horrific incident and people including Nigerians have taken to social media to mourn his sad exit and praise his achievements.

However, Thelma and Mr. Jollof made a post criticizing Nigerians mourning the death of the basketball player. 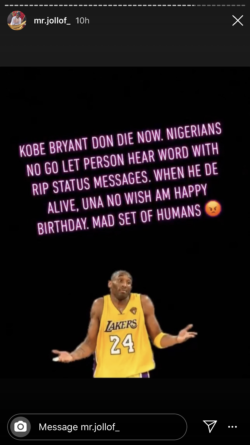 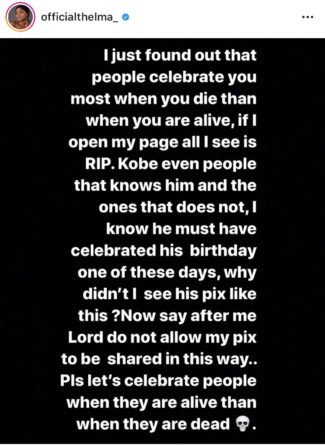