— More than a month after Beyonce released her concert film, Homecoming, Germany reveals a statue of her.

Just a few days after Jay Z was labeled the first rapper to become a billionaire by Forbes, another delightful news about the Carters is here.

Today, Wednesday at the Mercedes-Benz Arena in Berlin, Germany revealed a 9ft tall bust statue of Beyonce. The statue was modelled after her Homecoming photoshoot cover, a concert film that got everyone including Michelle Obama talking. In the cover, Beyonce was positioning her crown on her head. 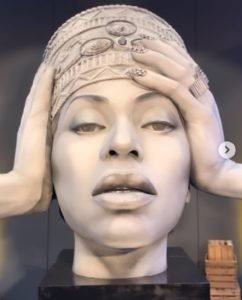 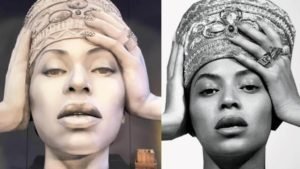 Although the artiste was not revealed, the sculpture got a round of applause from the wowed audience.

It was also reported that Sony Music was involved in the commission of this beautiful, gigantic statue in honor of Queen Bey.

Germany Needed A 90th-Minute Goal To Scrape Past Netherlands