Looks like popular talent manager, Tee Billz has a problem with his daughter looking like his ex wife, Tiwa Savage as he blasted a follower who stated so.

The media mogul shared a picture with his daughter saying she’s all he wants for Christmas. 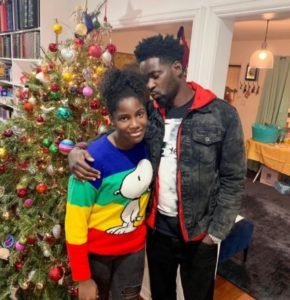 ‘All I want for Christmas is my baby…… ? ‘, he captioned the photo.

A follower then commented that she looks like his ex wife, Tiwa Savage. “I swear she look like Tiwa Savage”, the follower identified as @noble_barley wrote.

In response, Tee Billz wrote; “@noble_barley_ you are brainless!!!!” 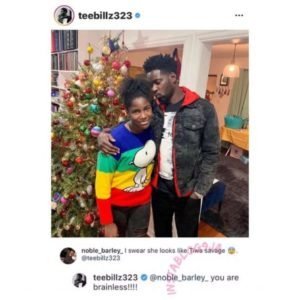 Tunde Balogun and Tiwa Savage dissolved their marriage in 2018 after they fell out in 2016. The two share a son, Jamil together.