Not everyone enjoys rap. Both for those of us who do, it’s not unusual for us to get into the “this is better than this” argument, as relates to our favourite rappers. So, today, iDonsabi.com will be bringing you the best rappers in the world at the moment.

We all have our favourites, and for most people, they are the most popular rappers. However, our metric for choosing the top ten is first is how the person’s music has performed this year, that is financially: album sales, music download, Spotify streaming, the whole works. And then how rap lovers on some popular rap ranking platforms have voted. So, without further ado, we bring to you

Who is the best rapper in the world right now? 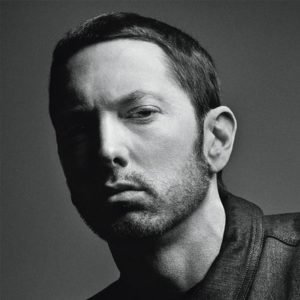 Eminem is the best selling hip-hop artiste of all time, having sold over 300 million albums and he’s not even black. Born, Marshall Bruce Mathers III October 17, 1972, in St. Joseph, Missouri. Apart from rap, Eminem also acts, produces music. He’s also a member of two rap groups D12 and half of the hip-hop duo Bad Meets Evil. Eminem seemed to be on a hiatus, but this year he dropped his new Album Kamikaze without warning.  Kamikaze is the Bestselling ‘Pure’ Rap Album Of 2018. Killshot his single which was dropped after the album has now the highest view hip-hop track on Youtube. Need I say more?

This man needs no introduction, he’s loved as much as he’s hated. Some have also said he’s overrated. Whatever you seem to think though, this guy is always topping the chart and winning awards. Born in 1987  in Compton California. Lamar started music as a teenager with the name k.Dot. He’s won twelve Grammy awards and his album Damn was awarded a Pulitzer Prize in music just this year. Making it the first non-classical or non-jazz album to win a Pulitzer in music.

If you think he doesn’t deserve to be on the number 3 spot, then I agree with you. However, the people have voted an he’s number 3 on top ten rappers in the world in 2018. Dead has a way of making people very popular and also absolving them of all wrong. Death the great absolver. Not many new tentacion until his unfortunate death earlier this year. He was just 20, born as Jahseh Dwayne Ricardo Onfroy, he released his first song in 2013 on soundcloud. He was a very versatile rapper and yes the world or rap will miss him. 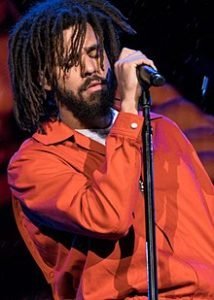 Born Jermaine Lamarr Cole, in 1985, J.cole is a rapper, singer, recording artiste, songwriter, and music producer. He’s produced music for the likes of Kendrick Lamar and Janet Jackson, he also does most of his production. J.cole was born to a black father and white mother, although he identifies as black.

He was born in 1990 and started music as a teenager. He’s got great flows and some have even rated him higher than Lamar. Logic released his fourth Album “Everybody in 2017” and as he said it might as well be his last album. 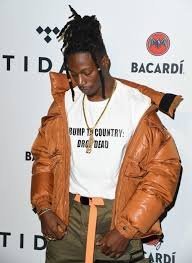 Apart from rapping and songwriting Jo-Vaughn Virginie Scott also acts and produces music. He was born in 1995 and was part of the founding members of the hip-hop collective Pro Era, which is made up of majorly east coast rappers and record producers. His influences include Nas, Tupac Shakur, Black Thought, MF DOOM, J Dilla, Andre 3000, Jay Z, and The Notorious B.I.G

Phonte Lyshod Coleman is a 39-year-old American rapper. He also sings RNB style and he goes by the moniker Percy Miracles as a vocalist. Phonte’s lines are deep, he raps about the life of the average black American. 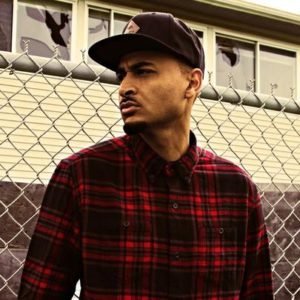 As a lyricist, Locksmith is just top notch, some even say he’s better than Lamar. Locksmith was born Davood Ali Asgari. He’s half Iranian and half American. On the black side of America. This rapper was most popularly known for his rap battle skills, however, he has retired from battling and just wants to focus on his music. He part of the duo called Frontline.

Born Christian Webster to a retired middle school teacher, Chris Webby is this rapper’s stage name. Webby got kicked out of school and then he decided to focus on his music. His 2018 album #WebbyWednesday is available on Soundcloud for free listening. 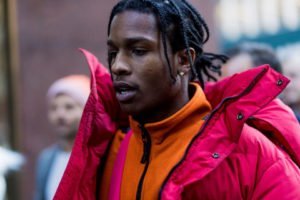 Number 10 on our list of Who’s the best rapper in the world is ASAP Rocky. Not only is the guy a rapper, but he’s also fashion sense is just off the charts. He’s being able to merge high fashion with streetwear and somehow to good effect. Rocky’s rap career started when he was 22, now he’s 30.  He’s part of the collective ASAP Mob. He was born Rakin Mayers, named after a rapper and then as fate would have it, he became one himself. His latest album  ‘Testing’ has been a jam. He recorded what most think to be the best song of the album “Praise Da Lord” under the influence, he and Skepta. Rocky is also an actor and a music producer.