Africa is yet to win the world cup; in fact, none has gone beyond the quarter-finals. And those teams which managed to achieve this feat were considered the best in Africa at that time. In this year’s Mundial however, there’s optimism amongst most of the African teams. And preparations are already in top gear. The five African teams hope to not just qualify from the groups but to at least get to the quarter-finals. We’ll be taking a closer look at the African teams at the world cup and some of their key players. 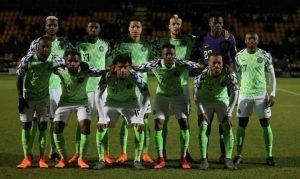 No matter what has happened in the past, this is an African football powerhouse. These three times Afcon winners were first to qualify for the FIFA World Cup on the African block. And they also did that in style, qualifying from the “group of death” with one match to spare. The group contained Algeria, Zambia and Cameroon the reigning AFCON Champions who had beaten Egypt to lift the trophy.

Nigeria’s first time at the world cup was in 1994, which according to many is their best outing so far. From then until now, the Super Eagles have missed one tournament, which was Germany 2006.

At this world cup, the Super Eagles will be sporting a very beautiful Jersey based on the retro design of its 1994 world cup campaign Jersey. The Super Eagles have a strong team, full of talented players and Coach Gernot Rohr seems to know what he’s doing with the team.

Two problems, however, plague this team; one is the problem of a goalkeeper. Since the excellent shot stopper Vincent Enyeama left, no one has been able to provide close to the class of saves at the goal post. Enyeama raised the bar truly, Carl Ikeme wasn’t doing so badly until he fell ill. The other problem with this team is their lack of sharp attackers. Anyway, the team has been scoring. And the Nigerians hope they’ll continue doing that as they square off against fellow group D members Argentina, Island, Croatia. Players to look out for in that team would be  Wilfred Ndidi, Alex Iwobi and Troost Ekong. 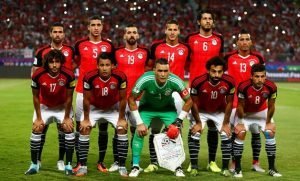 The Pharaohs of Egypt are the most decorated team in Africa with 7 Afcon titles to their name. They were also in a tough qualifying group consisting of Ghana, Congo and Uganda, this was in Group A.  They qualified amassing 13 points from 6 games. And this was historical for the Pharaoh’s of Egypt as they hadn’t qualified for the world cup since the 1990 world cup. Their performance at Italy 90’ was abysmal as they neither scored a goal nor went past the group stages. It’s quite ironical though, seeing that they have won a record 7 titles, in Africa and their club sides also do very well at the continental level.

In their bid to progress beyond the group stage, Coach Hector Cuper and the other Egyptians will be looking up to Mohamed Salah. Salah has proved his mettle as the fulcrum of attack in Anfield. Netting 30 goals this season, being the highest goal-scorer in the English Premiership and being just in line to win Europe golden shoe award, Mo.Salah is star man. Salah also scored during the qualifiers; however, the Egyptian attack seems too dependent on him. They scored only 8 goals during their qualifiers. So this might be a problem Hector might have to fix.

The Egyptians have been said to have the easiest world cup group, at least on paper. So theoretically they should find it easy qualifying out of the group. 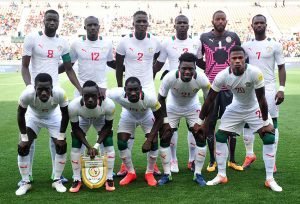 The Teranga Lions of Senegal is the other West African team in this group. They made African history when they slayed defending champions France in during the 2002 Korea/Japan world cup. And they almost got to the semi-finals as they were defeated in the second half of Extra time by Turkey. Yet again this is their second appearance at the world cup. Unlike what the world would have expected after that superlative performance in 2002. At the moment though they are number 27 in the world according to FIFA rankings and second in Africa, next to only Tunisia.

When it comes to who has the most star-studded team in Africa, it might just be Senegal. First, there’s Sadio Mane the Liverpool ace and Mo.Salah’s striking partner. Much of him wasn’t seen during the qualifiers though, because of the injury he was nursing. Senegal qualifying without 25-year-old Mane even means the team is stronger than we expected. Apart from Mane, there are other highly rated players in the team, Keita Balde is one of them and also captain Cheikhou. These are players who’d given the Senegalese attack a sharp edge. This is another team that can go all the way in the world cup. Unlike the Super Eagles, the Senegalese do not lack sharp attackers. And with the numbers of stars in that team, we’d expect them to go all the way. At least to the quarter-finals. 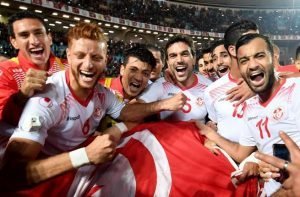 The Cartage Eagles of Tunisia are ranked numero uno in African football, they are 23 in the on the latest FIFA rankings and 1st in Africa. They were also the first African team to win a match at the world cup. They caused a major upset when they beat Mexico 3 – 1 at the 1978 world cup. All together they have been at the world cup five times and never qualified out of the group stages. And that victory against Mexico happened to be their last victory at the world cup. Although they were last to qualify for this showpiece, the country still has high hopes in the team.

The likes of Ghaylene Chaalali and Wahbi Khazri are stars to watch out for in this team.  A lot will be riding on these guys for the success of the Tunisian team. The Tunisians never lost a match during the qualifying stages and in their last match, they thumped Guinea to win 4 – 1.  At the Mundial this year the Carthage Eagles will be expecting a better performance and with their current form, this shouldn’t be a tall order. 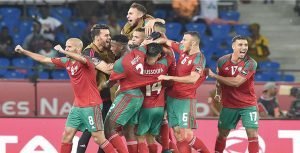 The Moroccans displayed incredible class after they won Serbia 2 – 1 in Turin during a friendly. The Atlas Lions had perhaps one of the best runs during qualification for the world cup. And they didn’t concede any goal. In fact, they won all games in the last stage of world cup qualifiers. Now that shows a team that’s very strong at the back and probably in the midfield.  Hakim Ziyech was very instrumental in this win, and he’ll be the fulcrum for this team come June in Russia. Apart from Ziyech, their coach also comes with a lot of pedigree, having won two AFCON trophies with Zambia and Ivory Coast.

Coach Herve Renard will have a lot on his place, especially considering the teams the Morrocans are pitted against.  They have Spain, Portugal and Iran in one group, how the Moroccans will qualify out of this group is yet to be seen. Anyway, upsets are not uncommon in the world cup, and it won’t be impossible for them to qualify. However, it will take a major slip up on the parts of Spain or/ Portugal for the Atlas Lions to stand a chance. Their performance against Serbia does give some hope though.