It’s day 5 of the Transfer window and the transfer rumour mill is getting even buzzier. iDONSABI takes a look at the biggest transfer news and rumours in the Laliga, Premier League and indeed all over Europe. 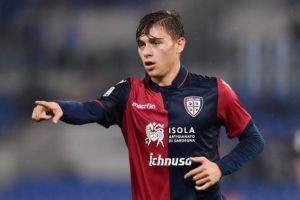 Chelsea have ignited their interest in Cagliari midfielder Nicolò Barella and have tabled a bid for him. According to Alfredo Pedullà, The London Blues will be offering a fee in the neighborhood of €45 million. Chelsea are reportedly going to be rivalled by Napoli and Inter Milan who are also on the 21-year old’s radar. Chelsea are however looking to beat competition from rival clubs by making a quick bid for the Cagliari starlet.

If results go their way, this would be their second transfer so far.

What this deal could mean? This could be one of the schemes of the English Club to replace the departing Cesc Fabregas. The Spaniard bid farewell to a section of the crowd in their game against Southampton and will adorn the Blue shirt for possibly the last time in their FA cup tie against Forest. The creative playmaker had previously shown interest in joining Thierry Henry in Monaco.

Despite these rumours, Sarri has maintained that a forward in a no.9 position is the club’s top transfer target. In the meantime, the Italian gaffer has already approached Higuain for a possible move to the Stamford Bridge. 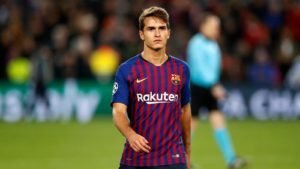 Another rumour winding up in several European publications is the Gunners possible move for Dennis Suarez. The 24-yr old could favour a move to the Emirates having worked with Unai Emery at Sevilla. Dailymail put the fee tabled for the Spanish footballer at £20million. In a separate report by Independent, Arsenal would sign the player on loan with an option to buy in the summer.

What this deal could mean?     Suarez is seen as the long-term replacement for Ramsey-who should be leaving the club as a free agent this summer. The rebuilding at the Emirates is a slow yet complete overhaul of the mediocrity that had painted the Emirates black. The North London club do not have the purchasing power of the likes of the Manchester Clubs, Barcelona, Real Madrid or even Liverpool.

They will therefore be turning their heads and pockets alike to young promising talented players who are unwanted at their present clubs and will be looking to fight for a shirt in a starting XI like that of Arsenal’s.

This can well be one in a list of players on their way to the Emirates this January and over the summer.