The Kano State Government has sacked all Permanent Secretaries in the state, while working with the present government’s reformation resolve.

Meanwhile, this update is according to a statement from the Head of Civil Service yesterday, April 3rd.

In view with the statement, the decision is in line with the Kano Government’s decision to “Vigorously pursue/implement the reform initiative embarked upon since its inception”.

See the press release below… 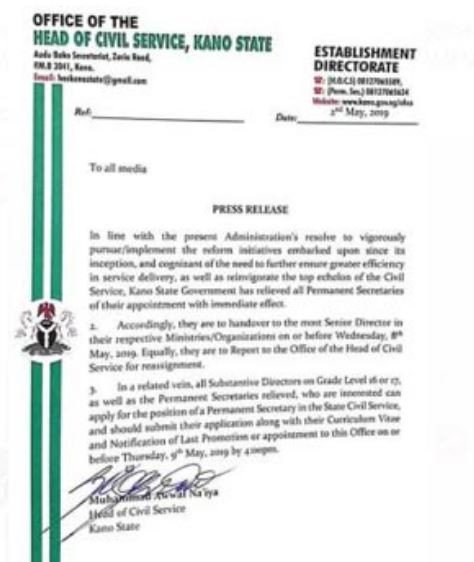