Hollywood actress Kristen Bell who is mum to seven-year-old Lincoln and five-year-old Delta with husband Dax Shepard opens up about how she’s had different experiences with raising her kids.

On the latest episode of Ellen DeGeneres show- Momsplaining, the Frozen voice actress revealed that her 5-year-old daughter, Delta, is still wearing diapers. 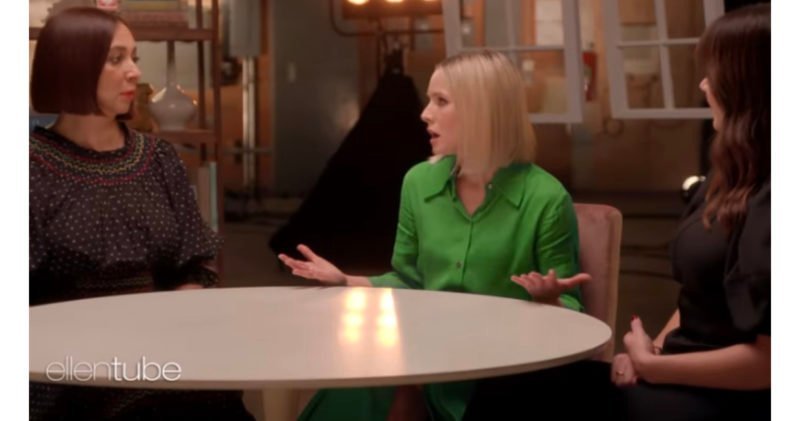 Speaking to actors Maya Rudolph and Casey Wilson, the 39-year-old talked about the different experiences in potty training each of her children.

“My oldest daughter at 21 months, we merely suggested that she use the toilet in the other room and (she) never wore another diaper beyond that.

“We were lying in bed giggling about this, my husband and I, like, ‘Why does everyone make a big deal out of this potty training? It’s so easy. Just tell the kid to use the toilet.’ “

However, it wasn’t that easy with her younger daughter Delta.

She said; “Currently, my youngest is 5-and-a-half, still in diapers.”

Maya Rudolf said: ‘It’s real relative, isn’t it?’, and Kristen Bell replying: ‘Yes, because every kid is so different.’.

“If You Do DNA Test On Your Children And They Are Not Yours, Thank Your Wife”- Victor Ibeh Tells Men