These are the top 6 most expensive Nigerian footballers in Europe.

Kelechi Promise Iheanacho was born on the 3rd of October, 1996. He came into lime light after Nigeria won the U-17 FIFA World cup in 2013. Kelechi made his Super Eagles debut in a world cup qualifier against Swaziland. Although he is yet to have lots of medals and awards to his name, he is regarded as one of the most promising Nigerian professional football players of this generation.

Kelechi Iheanacho signed for Leicester City on the 3rd of August, 2017 for a record fee of €25 million. His contract with the Premier League side is expected to keep him in the English club till 2022. 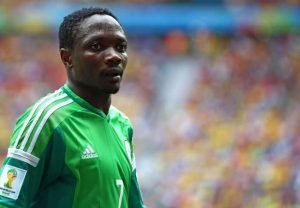 Musa was born on the 14th of October, 1992 in Jos. He began his professional football career in 2008 with GBS Football Academy. He then joined JUTH on loan. He went on to play for KANO Pillars before joining VVV Venlo in 2010. After about two seasons with Venlo, Musa joined CSKA Moscow in 2012 after signing a four year deal with the Russian club.

Since making his national team debut in 2010, Musa has had 58 caps for his country and has scored 11 goals. Two of those goals were scored in the world cup in 2014.

Leicester City and Super Eagles midfielder comes third on our list of the most expensive Nigerian players in Europe. He joined one time Champions Leicester City from Belgian club KRC Genk. The 21 year old Nigerian International is of the three Nigeria players in the Premier league side.

Wilfred Onyiye Ndidi was born on the 16th of December, 1996. The 6 ft. 2 inches footballer started his professional football career with Belgian club Genk in 2015. Also, Ndidi made his Super Eagles debut in 2015 in a friendly match against DR Congo

Ndidi joined Leicester City from Genk for a fee of 17 million on the 3rd of December, 2016. However, he did not make his debut until the 7th of January, 2017.

Isaac Success was born on the 7th of January, 1996 in Benin City. The Nigerian forward started his professional football career with the Granada in 2014. After a successful spell at Granada, he moved to Watford after the club agreed to the price tag attached to him. Isaac success got invited to the senior team in 2016 but made his senior team debut for Nigeria on the 23rd of March, 2017. He came in as a substitute in the friendly march between Nigeria and Senegal. 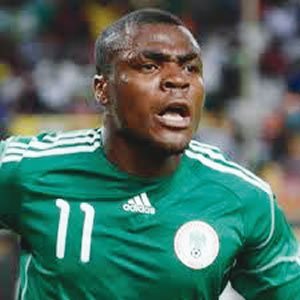 It’s already 4 years since Nigeria emerged champions of African football in the CAF Nations Cup in which Emmanuel Emenike scored four goals to become the highest goal scorer for the tournament. Since winning the CAF Nations cup in 2013, not much has been heard of the sturdy Nigeria striker except the fact that he is one of the most expensive Nigerian players both in Europe and in the world.

He achieved this feat when Fenerbahce bought him from Spartak Moscow for a fee of 13 million.

Moses did not start out playing for the Super Eagles. Prior to debuting for the Super Eagles, he played for the English U-16, U-17, U-19 and U-21 teams. Since debuting for the super eagles, he has had over 20 caps for the Nigerian National team. Moses joined the league of the most expensive Nigerian players in Europe when he joined West London Giants, Chelsea F.C from Wigan Athletic. He was bought for €11.5 million. Although Victor Moses had a very rough start with Chelsea FC, he has now sealed his place as a first team player with the club.