The game of football is not complete without medals and awards. Since the inception of the round leather game, exceptional players have always received awards for their impact on the game. In the same vein, team members have received medals for contributing to the success of their teams. Nigerian footballers are not left out of this trend. This article brings to your awareness the most decorated Nigerian footballers of all time.

That said, here are Nigeria’s most decorated players… 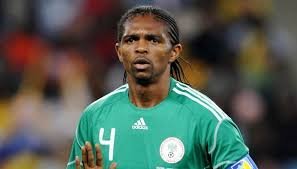 Kanu Nwankwo also popularly known as “Papilo” is perhaps Nigeria’s most loved professional football player of all time. The love for Kanu by Nigerian Football fans has been attributed to a couple of things. Some of them include: his survival of a life threatening heart disease, his philanthropic nature, and his ability to subtly turn games around in favour of his team.

In the course of his long and illustrious career, Kanu was able to win lots of medals both as an individual and with his team. He is a two-time African footballer of the year, a two-time premier league winner, an FA cup winner, a UEFA Champions league winner, an Olympic gold medalist and also the most valuable player at the 1990 U-17 world cup.

John Mikel Obi is definitely the most decorated Nigerian player of his generation. He is the only player that is currently part of the Nigerian national team to make it to this list.

Finidi George is one of Nigeria’s most decorated players. He won the 1995 champions league with Ajax and also won 7 other major trophies with the club. Finidi George was also a key part of the Nigerian team that won the CAF Nations Cup in 1994. 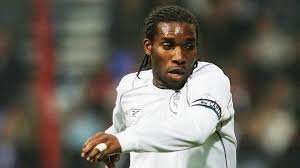 Austin “Jay Jay” Okocha was born on the 14th of August, 1973. Okocha began playing football in the streets of Enugu and played professionally as an attacking midfielder. Austin Okocha is regarded as Nigeria’s best player of all time and also one of the best players to have come out of Africa. Although he never won the award of the African player of the year, Okocha is still regarded by other top stars as the best of the best.

Okocha was part of the golden era of Nigerian football. He won about 8 trophies with his club. Although most of them were not major trophies.

Daniel “the bull” Amokachi is considered one of the top strikers to have emerged from Nigeria. He was born in Kaduna on the 30th of December, 1972. His professional football career began in 1989 with Ranchers Bees. While still at Ranchers Bees, he was discovered by then Nigerian coach, Clement Westerhof.

Daniel Amokachi is remembered for scoring the first UEFA Champions league goal on the 25th of November, 1992. This was a feat achieved with Club Brugge against CSKA Moscow. Amokachi was African third best player for three consecutive years. He also won the Belgian Ebony shoes award in 1992 and 1994.

Popularly known as the “prince of Monaco”, Victor Ikpeba was born on the 12th of June in 1973. He played as a forward and had 31 caps for Nigeria. He was a part of the successful Nigerian teams at the CAF Nations cup in 1994 and Atlanta 96.

Victor moved to Belgium to play for RFC Leigious having been discovered by the Belgian club in the FIFA U-17 world Championship in 1989. He moved to Monaco in 1993 and was able to win the league title with the club as well as emerging the second top scorer in the UEFA cup in 1996-97 season.

His biggest individual achievement as a player was becoming the African player of the year in 1997.

Vincent Enyeama is Nigeria’s best goal keeper, most successful goalkeeper and most capped player of all time. He had his debut in 2002 against Kenya. In the same year, he also went to the world cup and had his world cup debut in the goal-less draw with the English national team.

Vincent Enyeama was in goal for the super eagles between 2002 and 2015 when he retired after a fall out with the then Super Eagles coach, Sunday Oliseh.

Enyeama won the Nigerian Premier league with Enyimba international FC in 2001, 2002 and 2003. He also won the CAF champions league in 2003 and 2004. In addition to winning this medals, Enyeama has also won the CAF African Nations cup once and also several bronze medals. 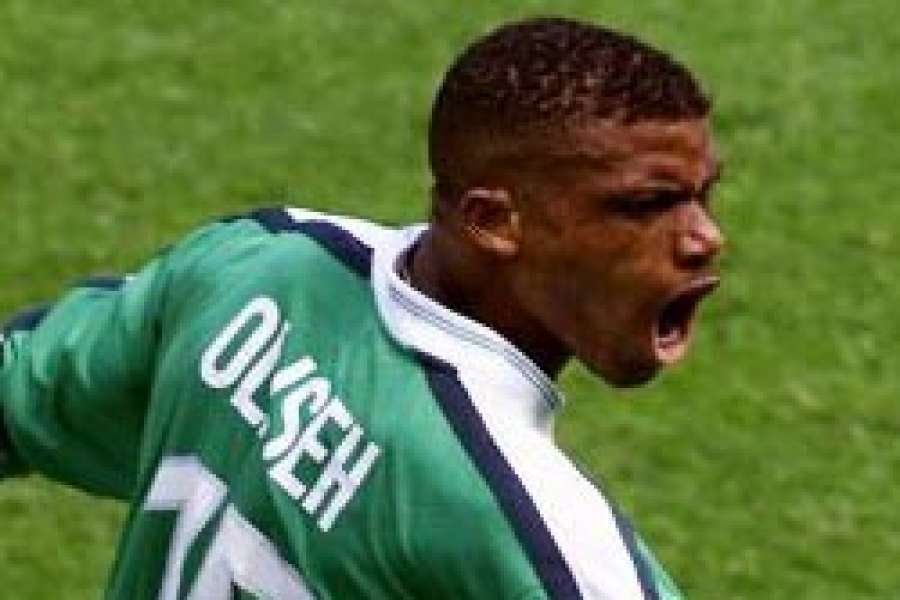 Sunday Oliseh was born in 1974. He was a part of the Nigerian team that won the 1996 Olympics as well as the 1994 CAF Nations cup. He had 63 caps for the super eagles and also scored the winning goal against Spain in the 1998 world cup.

In his playing days, Sunday Oliseh featured for some of the biggest teams in Europe. They include Borussia Dortmund, Juventus, and Ajax. He won the Bundesliga in 2001-02 season and Eredivisie in 1997-98 season.

Emmanuel Amunike was born in Eziobodo, Owerri-West, South-East Nigeria. He began his professional career with Concord in 1990. He played for concord for only a year before joining Julius Berger.

Emmanuel Amunike is the only Nigerian player to have played for Spanish giants Barcelona. Although he was with this club for four years, he only had once successful season.

Amunike was the African player of the year in 1994, in the same year in won the CAF Nations cup.

Nigerian professional footballers might not know what it means to be called “best in the world”. However, they have had their fair share of glorious football moments.

Do not go to China to play football – Mikel Obi