This happened at the parking lot of her office while she was about to leave work in Maryland, USA.

The  Greenbelt Police Department has come up with a sketch of the suspect in the murder.

The eyewitnesses of the incident were many so it was easy coming up with a sketch. 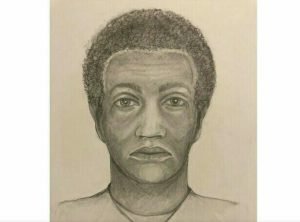 “Our investigators do not believe this was random. It was very brazen – it happened in broad daylight in front of multiple witnesses.” He said.

Read More >>> Police reveal Chris Attoh’s Murdered Wife, Bettie was Married to Two Men, One of whom is a Drug Lord