The celebration of love on the 14th of February every year is a festival that is practiced by a lot of people all over the world. The practice of celebrating this festival cuts across culture, religion and nationality. What supposedly began as a Christian festival is now known to be more of a social festival.

Valentine’s Day also known as Saint Valentine’s Day is very strongly associated with romance. However, beyond romance, love is also expressed among platonic friends. This a day that has been set aside for lovers. Every year on the 14th of February, the norm of sending messages, gifts, cards and flowers is practiced. These items are usually sent by people to their loved ones (friends, family and lovers). Also, it is a day that has been taken advantage of by men to propose marriage to their lovers.

A History of Valentine’s Day 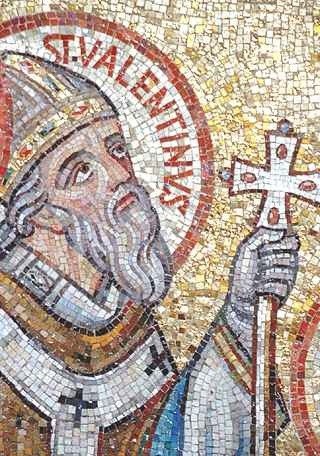 St. Valentine existed in an era in which the emperor of Rome was a pagan. However, during this period, lots of people were getting converted to Christianity. This led Emperor Claudius II to make laws that were very unfavorable for the Christians under his rule.

Claudius went on to create a decree that forbade Roman soldiers from getting married. This was done due to his belief that soldiers were supposed to give complete devotion to Rome and marriage could lead to a divided attention.

Against the decree of the emperor, Saint Valentine both came to the aid of persecuted Christians and performed Christian marriages for the soldiers secretly, an act which landed him in jail.

As a prisoner, Saint Valentine cared for the jailer’s blind daughter. It is believed that before his execution on the 14th of February, he cured the jailer’s daughter of blindness. He also wrote her a love message signed “from your Valentine”

Who was Saint Valentine?

It is believed that there are three martyrs recognized by the Roman Catholic Church who are all called Valentine. The first and arguably most popular was Saint Valentine of Rome. He was a priest in Rome and was executed by Emperor Claudius in 273 AD. The second was Bishop Valentine of Terni who was martyred during the reign of Emperor Aurelian. The third was a priest also named Valentine that was martyred with some of his companions in Africa.

Although there are three recorded martyrs with the name Valentine. Saint Valentine of Rome is most associated with Valentine’s Day.

Not much is known about Saint Valentine, as a result of this he was removed from the general Roman calendar in 1969. This was done by the Catholic Church.

It is believed that Saint Valentine was beaten with clubs and then beheaded outside the Flaminian gate on the 14th of February, 269.

Long after the death of Valentine, the 14th of February was made lovers day.

Initially, Valentine’s Day was not a day to celebrate romantic love. However, after William Shakespeare romanticized it in his work. The holiday became huge and became associated with romantic love.

Although, the 14th of February is globally recognized as lovers’ day, it is not a work free day in any nation. Having begun as a religious event, Valentine’s Day is now more of a social event.

Lady receives over 7000 messages after requesting for valentine’s date