Tottenham will host Manchester United in a super Sunday showdown on Hallowed turf. It will be a battle between two managers in Ole Gunnar Solksjaer and Mauricio Pochettino. One, United’s Interim manager and the other, the possible Messiah at Old Trafford.

Pochettino remains the number one target for club’s manager at the Old Trafford next season. Even so, Ole Gunnar Solksjaer may continue in his capacity if the red devils keep churning out beautiful results. A win for the red devils here could give the caretaker manager that chance. 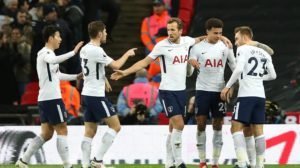 Tottenham have lost just once in their last ten outings with in-form Harry Kane and Heung-Min Son. This includes a heavy win against their FA Cup opponents. One big plus for the Spurs is that they are headed into this game with a fully fit squad.

The Lilywhites are way better than match statistics suggest. They are both clinical in the final third and solid in the defence. They’ve proved solid against rigid defences-which United doesn’t even possess in the first place- with the only exception in the match against Wolves. They would be willing to showcase their firepower in front of home fans.

A win for them would keep them pressed on Liverpool’s heels as well as boost Woodward’s love for Mauricio Pochettino. 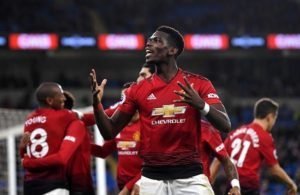 Victories over Cardiff, Huddersfield, Bournemouth, Newcastle, and Reading have given the red devils all the confidence they need going into this one. The coming of Ole Gunnar Solksjaer has brought back the feel-good factor to the dressing room. Not only that, it has brought along with it the luck that’s sometimes needed like in the game against Newcastle.

Last time out against Newcastle the ball was fluent as the ball transitioned smoothly between the defence and forward lines. Despite this, a resilient Newcastle couldn’t be broken down till the second half.

The Irish gaffer faces his toughest task yet. He would have to beat a lovely Pochettino’s side to prove doubters wrong.

Alexis Sanchez is expected to be back for Manchester United and struggle for a starting shirt. However, Marcos Rojo and Chris Smalling would continue their spells on the sidelines.

On the other hand, long-term absentee, Mousa Dembele and Jan Vertonghen are back in contention for a place in the starting XI.

Nigeria has recorded 571 new cases of COVID-19 in the last 24 hours. According to the information released by the