It’s day 12 of the transfer window and iDONSABI brings you updates on transfer news and stories from all top-tier clubs and indeed the whole of Europe. 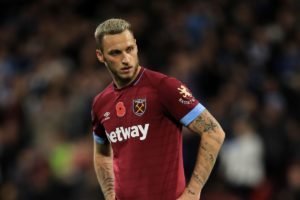 West Ham have received a bid in the region of £35m for Marko Arnautovic according to BBC Sport. The 29-yr old has been instrumental to the club’s performances netting seven premier league goals for the Hammers this term.

Arnie’s agent and brother in an exclusive with Talksport, stated that it was his wish and that of his client’s that West Ham accepted the offer from the Chinese Club. Danijel Arnautovic, the player’s agent vaguely implied that the club was holding the player against his will.

The Club thought to be Shanghai SIPG is said to have made a bid of £35m and an offer of £200,000 in wages to the player in what is to be a four-year contract.

A West Ham spokesman maintained that Arnautovic’s had a contract to respect. One which would see him in West Ham’s folds till 2022.

What this deal could mean?

A move away from the Betway stadium could give Lucas Perez more room to play. The young striker has made starts for the hammers only in the absence of the 29-yr old. Chicharito and Andy Carroll are also other strikers who could step into the 29-yr old shoes.

SEE ALSO >> Manchester United Closer Than Ever To Sign Manolas <<

Barcelona To Transfer-In Willain For Cash Plus Sign-On Fee 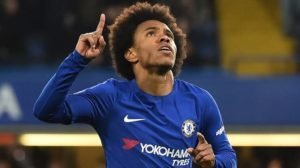 Barcelona have renewed interest in Chelsea winger, Willain. Even t, they seem not to be ready to throw-in the towel in their pursuit of the winger.

On Thursday night, several British sources had reported that the Catalan giants tabled a ‘cash plus player’ deal for the 30yr-old. Last Summer, the LaLiga leaders had made an offer in the region of £60m. According to Telegraph, the club has placed a higher value on the player than what Barca is willing to pay. They therefore wouldn’t release him for the offered amount despite the player having just 18 months left on his current Chelsea contract.

What this deal could mean? Barcelona could capitalize on this to lay-off Malcom who has struggled to cement his place in Barcelona’s starting XI. The player hasn’t been impressive enough in his starts for the Blaugrana. He could well be on his way to the Stamford Bridge if a deal is made.

Etoo Wants Mourinho Back At Barcelona

Van Dijk Names Lionel Messi As His Toughest Opponent Ever