Fashion designer, Toyin Lawani slams people who complained about her Christmas photoshoot where a child was placed in a pot. 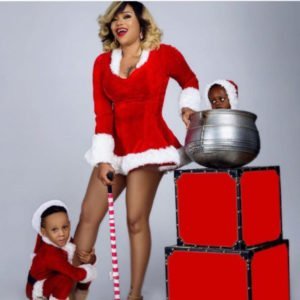 Responding to the complaints, the stylist stated that they were just having fun and the idea was to make people laugh.

“Putting sam in the pot Got a lot of people talking ???? But at the end of the day , kilokanmi.

“?‍♀️We are just having fun ??? @lordmaine2 kept fighting to be the one in the pot ????? while Sam looking like I’m I about to be cooked ???? the idea is just to be merry and happy and to make people laugh , but as usual Some unfortunate people didn’t understand it.”

Man Shares His Encounter With A “Ghost’ At A Bank

“I Can’t Marry A Man That Doesn’t Have At Least 3 Cars, 2 Houses And 2 Stable Businesses” – Khloe