Benue State possesses a rich and diverse cultural heritage which finds expression in colourful clothes, exotic masquerades, supplicated music and dances, no wonder the tribes found there are so rich in culture and tradition. Benue State “The Nation’s Food Basket” is called that because of its rich agricultural produce which includes yams, rice, beans, cassava, potatoes, maize, soya beans, sorghum, millet and cocoyam.

But there is no state without tribes. This simply means Benue state is nothing without the people that exist in the various tribes found there. Let’s begin!! 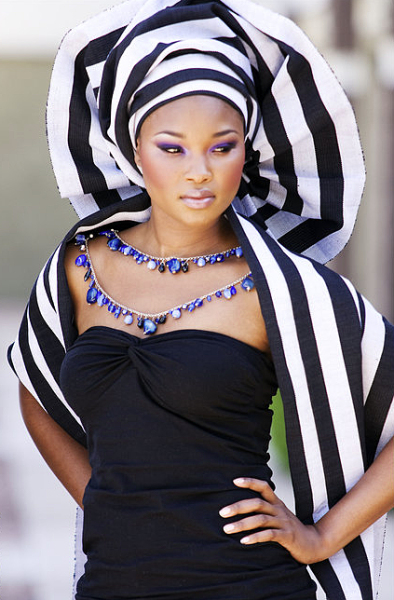 The Afo people are closely related to the Idoma tribe. They have a population of 100,000 people. They are found in modern-day Benue. The Afo tribe is a commercially advanced tribe. Their occupations include farming, weaving and dyeing.

Most people in Afo are traditionalists. However, a small group of them are Muslims. The tradition of the Afo people is greatly influenced by their religion. Men from this tribe put on flowing gowns while women tie wrappers on blouses and cover their heads with hijabs.

The idoma tribe is one of the biggest tribes in middle belt Nigeria. They occupy the western part of Benue state. The Idoma people are peaceful people although in pre-independence days, they were known to be fierce warriors. Not much is known about their migration. However, there are Idomas in parts of cross rivers state and Taraba state.

The Idoma tribe has a population of about 3.5 million and a very rich culture that was not affected by the coming of the Europeans.

Men and women in Idoma tie wrappers. The wrappers used by the Idoma people usually have a unique pattern and are peculiar to the people of Benue state. Christianity and Islam are the major religions that are practised by this tribe. Also farming is the main source of livelihood.

The Igbos in Benue are a minority and are about 1 million in number. They occupy about four local government areas and are found in towns that share borders with Ebonyi state. The Igbo tribe in Benue is not as advanced as either other tribes in the state. Although these people are considered part of the Igbo nation, in Benue state, they seem to lack the economic and political rights that other tribes in Benue possess.

The predominantly Christian Igbos in Benue are not any different from other Igbos in their culture, food and mode of dressing. Men from this tribe tie wrappers on a singlet and occasionally cover their heads with caps while women tie George on a blouse and put on headgears to match. Also, farming and trading are the major occupations of this people.

Not much is known about the people of Etolu except the fact that they are farmers and have a population dominated by Christians and Muslims. The Igedde tribe is the third largest tribe in Benue state. The Igedde people occupy Obi and Oju local government areas. They speak a language called Igedde. The people of Igedde are believed to have migrated from present-day Edo state. History has it that they are descendants of Agba, a high priest of ancient times.

The Igedde people are farmers and are known to cultivate cassava, maize and yams. Christianity is the predominant religion of this people. Also, men and women from Igedde tie wrappers in a similar fashion to the people of Idoma.

The Akweya-Yachi people of Benue occupy the Akpa district of Otukpo local government area. The Akweya-Yachi tribe is a sub-tribe under the Idoma tribe. They speak a language that is very similar to that of the Idoma people.

The people of Akweya-Yachi are majorly farmers. Also, Christianity and Islam are widely practised by this people. Men from Akweya- Yachi tie wrapper on singlets while their women tie wrappers and headgears.

The Jukun people in Benue state occupy areas that are close to the Benue basin. These people are believed to have broken out from the ancient Kwararafa kingdom.

The jukun people are farmers. Also, they practice Islam and Christianity. Over the years, the Jukun tribe has maintained its cultures. Men and women from this tribe are known to tie wrappers. Food eaten by the jukun people is usually meals of Tuwo and soup.

The Tivs in Benue state are some of the most powerful people in the state. Although these people make up a small part of Nigeria’s population, they are one of the largest tribes in Benue.

The predominantly Christian Tiv people are majorly farmers. The Tiv people put on a peculiar cloth pattern which is usually sewn into any style. Soup and Tuwo are staples on the tables of the Tiv people.

The Utonkong tribe in Benue state is one of the smallest tribes in the state. The Utonkong people are a people that have not really mixed up with people from other parts of Nigeria. As a result of this, not so much is known about them.

These people are a mixture of Christians, Muslims and traditional worshippers. Men and women from this tribe put on a particular pattern of cloths that are sewn into different styles. Also, the Utonkong people are deeply into the production of food while a few of them are also involved in trading.

The Ufia tribe of Benue has very few similarities with the Igbo tribe. The Ufia people are close neighbours with the Igbos. They speak a distinct language that is peculiar to this tribe.

The predominant religion of the Ufia people is Christianity. Their major occupations are farming and trading. The people of Ufia dress like most other tribes in Benue. They put on a certain pattern of clothes that are made into different styles.

What makes a state are the people and these people in return represent what the state is known for. The tribes found in Benue  state are indeed colorful and something worth learning more about. You think we didn’t do justice to these tribes? We are open to your views and we look forward to your comments about these tribes.  Share your views in the comment section.

Full List of All Tribes in Adamawa State Nigeria

9 thoughts on “List of All Tribes in Benue State Nigeria”