It shares boundaries with Benue State to the north,Ebonyi and Abia States to the west, to the east by Cameroon Republic and to the south by Akwa-Ibom and the Atlantic Ocean. 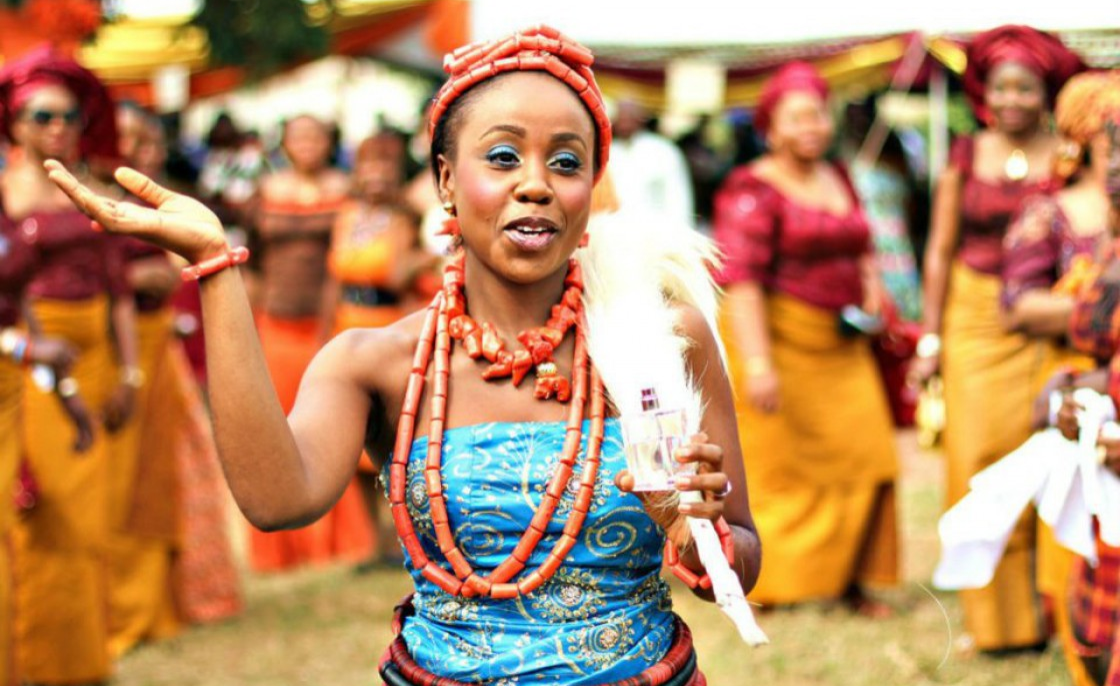 They are hunters and are predominantly Christians. Men from Abayon tie wrappers on singlet while women tie wrapper on blouse and cover their heads.

Not much is known about the Adim people of Cross River. This is because they have adopted the traditions of the more dominant tribes in Cross River state. The Adim people are well known for their cooking abilities.

Christianity is the dominant religion of this people. Also, farming and trading are the major occupations. Men from Adim tie wrappers on singlet while women from this tribe tie wrapper on blouse and cover their heads with headgears.

The Agbo tribe is one of the largest tribes in Abi LGA and the tribe of one time Cross River state governor, Liyel Imoke. Although a lot of people do not consider them Igbo, their language is related to the Igbo language.

The Agbo tribe is not a well talked about tribe. They are about 30,000 people from this tribe and they share borders with Ebonyi state. The Agbo people are mostly Christians and farmers.

Boki is a tribe as well as a local government area in Cross rivers state. It is a landlocked tribe and is flanked by five other tribes. The Boki people are both farmers and traders.

Although the people of Boki are diabolic, they are predominantly Christians.

The Akajuk people of Cross River state have traditions that have remained hidden for many years. One reason for this is the fact that they have not mixed up with people from other tribes. The average indigene of Akajuk understands the languages of the more dominant tribes in this state.

The predominant religion of the Akajuk people is Christianity. The people of this tribe also have farming as their major occupation.

The Anyima people are known for just a few things. They are their dance steps and their colourful masquerades. These people practise two major religions. They are Christianity and their traditional religion. People from Anyima are majorly farmers.

Bette is a minority tribe in Cross River state. These people seem to be politically marginalized. They do not occupy any important political position in the state.

Christianity is the major religion of this people while farming is their major occupation.

Iyala is both a local government area as well as a tribe in cross rivers state. The people of this tribe are characterized by their peaceful and hardworking nature. The Iyala people are known for their farming and festivals.

Christianity is the major religion of this tribe. The Efik tribe occupies the southern part of Cross River state. They found their way to their present location from Cameroon in the 16th century. The Efik people have a very rich cultural heritage and are known for their very artistic dance steps.

Farming is one of the major occupations of this people. Also, Christianity is the major religion that is practised by members of this tribe

The people of Yalla occupy the Yalla local government área in cross rivers state. The yalla tribe is made up of 23 villages. They are; okuku,yahe,ugaga,ijegu,oloko,imaje,oke,echumoga,woda,ebo,igede,edii nation,itekpa,maa,wonye,uchu,osia,mbuor,aliforkpa,echumofana,wanihem,wanikade, and wanikom. They speak the yalla language and are the dominant tribe in yalla LGA.

The Ekoi tribe otherwise known as the Ejagham tribe is a tribe in Cross River state. History has it that this tribe migrated from Cameroon many years ago.

The Ekoi people are related to Efik, Ibiobio and Anang tribes. They also share a lot in common. Such things as tradition, food, and mode of dressing are shared in common. Christianity as well as their traditional religion is widely practised by the Ekoi people.

Mbube is one of the major tribes in Ogoja local government area of Cross River state. The Mbube tribe is made up of quite a number of villages, they are Odajie,Adagum,Ekumtak, Idum,Ojerim, Egbe,Nkim,Ogberia, Oboso,Benkpe,Edide, basan, and aragbea. The people of this tribe take part in agriculture. Men from Mbube tie wrapper on singlet while women tie wrapper on blouses.

The Mbube people are predominantly Christians, there are lots of Catholic churches situated in this area. Edikaikong is regarded as one of the best meals of this people

Men from Mbembe tire wrappers on singlet while women tie wrappers on blouses. This is usually completed using a headgear.

Etung is a tribe in Cross River state. The people of this tribe are farmers and Christians. They are very well known for their delicious delicacies.

This tribe is one of the smallest in Cross River. The Ikorn people appear to have adopted the way of life of their more influential neighbours.

These people are Christians and have farming as their major occupation. Ikorn women tie wrappers on blouse while their men tie wrapper on a singlet.

Nkim tribe is a tribe in Cross River that does not occupy any political or economical prominent position in the state. Men and women from this state are farmers and practise Christianity. Also, the Nkim people have the same traditions as neighbouring tribes. They have lots of rich meals. Prominent among them are Afang soup and Edikaikong soup.

The Nkum tribe has a very small population and occupies a small part of Cross Rivers. The people of this tribe are farmers and also Christians. Their major meals are afang soup and edikaikong soup.

Nkum men and women tie wrappers. The complete their dressing with singlet while the women put on blouse.

This tribe is a relatively unknown tribe. The Ododop people have taken up the traditions of the Efiks and other more influential tribes in Cross River state.

Christianity is widely practised by this people. Also, farming is the major occupation of this tribe.

Olulumo tribe is a small tribe in Cross River state. The people of this tribe do not have a distinct culture. They have a lot in common with neighbouring tribes. The similarity of the culture of the Olulumo people with those of neighbouring tribes is evident in their dressing, food and occupation.

The Ukelle people appear to have many hidden traditions. As a result of this, not very much is known about this people.

This tribe is dominated by lots of church-going people. Also, farming is the major tradition of this tribe. Ukelle men and women dress in the same way as people of other tribes in Cross River state

Uyanga tribe occupies a very small portion of Cross River state. These people are predominantly Christians and farmers. They eat afang soup and processed cassava. Their mode of dressing is similar to those of other tribes in Cross Rivers.

This tribe is a small tribe in Cross- River state. There is no written history about the origin of the Yakurr people. As a result of this, not much is known about where they migrated from.

Yakurr men tie wrappers on singlet while women do the same but replace singlets with their blouses.

This article won’t be complete if your contributions are not included. Did we leave out some tribes or some tribes were not properly represented or explained? Then share them with us via the comment section.

4 thoughts on “List of Tribes in Cross River State Nigeria”