Kenyan socialite, Huddah Monroe has taken to Instagram to make some insensitive comments about the killing of Black men and why she will “never” protest for Black men.

“Y’all make them feel special and better than you. Why won’t they kill you?” She wrote.

She added that although, “Police brutality is bad but how alot of black men disrespect their own black women.“

She could careless, she said, and she “would never go protest on their behalf. To each their own because when you have money. The other race is better than your own. Let them fight for you.”

She talked about how black men idolize woman with lighter skin and are racist to black women.

“Keep the same energy! And a lot of black women need to wake up and don’t let nobody disrespect you or make you feel insecure about yourself because you ain’t lighter or whiter. You are beautiful! Remember that!”

“Imagine that! Racist against your own race! Selfishness of the highest order’ Damn!”

“A lot of successful black men are super racist to their own black women. Never happened to me but I hear them speak and I put them on check. So let us address this issue of racism on all levels.

“Black men are also racist to their own back women. Some foolish bastards think dating a white woman gives him power and makes him look successful. Why will they not disrespects and kill you?

“A White woman only entertain a black man cause of his pocket, not because he looks good or f*cks better. I see how they treat their Nigga boyfriends but bush men think they looking successful.

“Once a Nigga falls off that’s when he remembers his black women. Y’all stupid as f*ck especially black American men and few bush lame African men. Y’all make them feel special and better than you. Why won’t they kill you?” 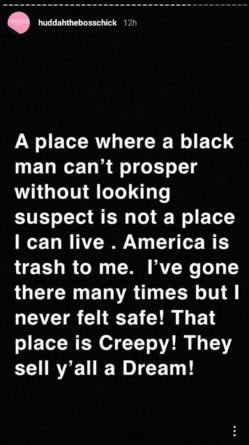 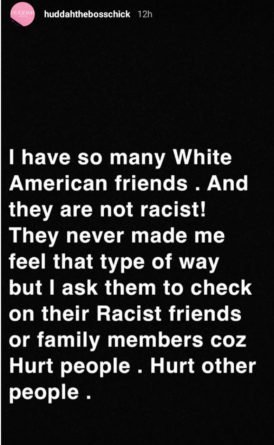 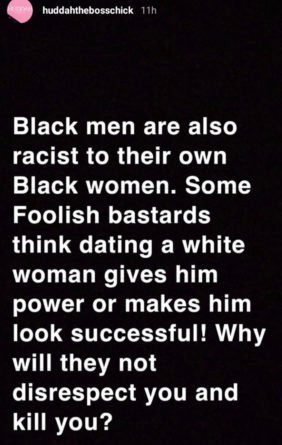 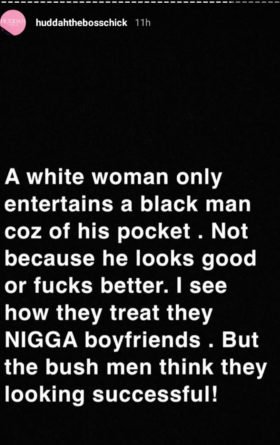 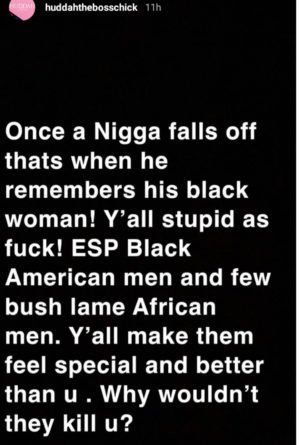 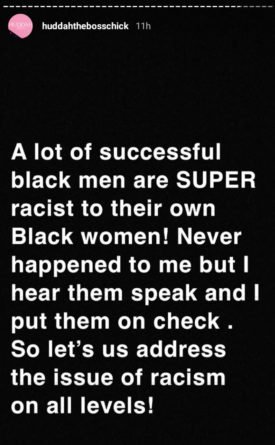 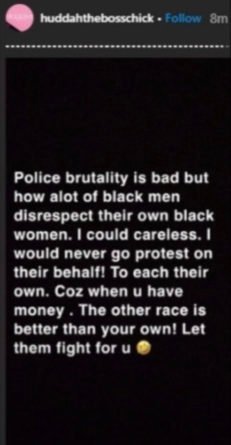 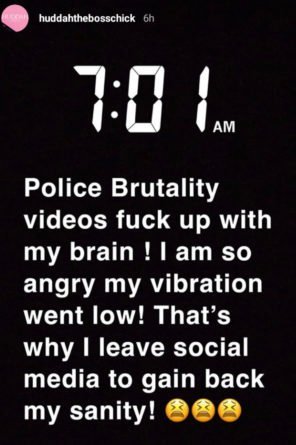 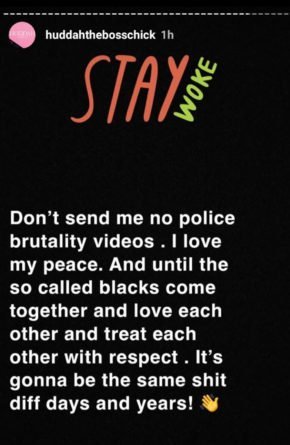 Sterling Receives Award For Fight Against Racism In Football